How best to achieve independent regulation under the Legal Services Act?

Guest post by Craig Wakeford, regulatory associate at the Legal Services Board 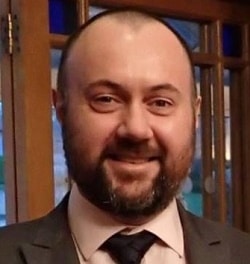 Wakeford: Issues with IGR may need ironing out

Independent regulation gives confidence to consumers, providers, investors and society as a whole that legal services work in the public interest and support the rule of law.

The Legal Services Act 2007 does not require all approved regulators (ARs) to be structurally separate from representative bodies. Instead, the Legal Services Board (LSB) is required by the Act to produce internal governance rules (IGR) which apply the principle of regulatory independence in legal service regulation.

We are currently running a consultation on the IGR which continues until 9 February. We are interested in hearing from everyone, including practitioners, about whether or not the IGR need to be amended.

In the years since the IGR were first introduced at the beginning of 2010, there has been growing evidence which suggests that there are issues with them which may need to be ironed out.

We have been talking with representative bodies and frontline regulators and have heard their thoughts on the IGR as they currently stand. Some of them have asked us to consider whether the LSB can enforce legal separation of representative and regulatory functions.

Although this is something that ARs can choose to do themselves (and indeed some have done so already), it is not something the LSB can require through the IGR because that would not be compatible with the Act.

So with this consultation we are looking to explore what amended rules might look like and how the LSB might assess ARs’ compliance with them. The options available range from keeping the IGR as they are now, through to making incremental or extensive changes.

One thing we are interested in understanding is views on best practice in other sectors that the legal sector might learn from. We are also interested in what evidence there is of need to make changes to the IGR.

The consultation therefore asks a number of questions and offers some suggested possible actions. Firstly, are the existing IGR still fit for purpose in delivering regulatory independence for the regulators? In particular, we are interested in hearing from practitioners on how this feeds through to you. We are concerned that there may be scope for duplication between the LSB’s oversight of ARs and the oversight that ARs exercise over their regulatory bodies. It may be that such duplication (and the associated costs) could be reduced without changing the IGR.

Our consultation also explores whether or not there is scope for incremental improvements to the current system. It may be that the existing framework continues to be fit for purpose, but that minor tweaks to address perceived gaps and/or defects might be required. This may involve, for example, providing additional clarity on the residual role of the AARs once they have delegated their regulatory functions to another body.

Moving beyond incremental change, it has been suggested by some that additional obligations may be needed in order to enhance regulatory independence. Either an outcomes-focused approach, or a more prescriptive approach, could be taken to any new obligations. Again this is something on which we would be interested in hearing the views of practitioners.

Finally there is the option, which again has been suggested by some stakeholders, of starting afresh with entirely new IGR.

Our consultation explores what this could look like, and considers the need for AARs to gain information about their regulatory body to satisfy the AAR’s obligations under the Act and elsewhere.

We consider to what extent that need can be satisfied without the level of detailed interaction between AARs and regulatory bodies that takes place today. We also consider the role of transparency and how the provision of information could satisfy the AAR’s oversight responsibility.

This consultation and the issue of regulatory independence is important not just to ARs, the LSB and those working in the ‘regulatory village’, but also to lawyers. This is because the IGR are part of the ground rules for how you are regulated, by whom, and to what end.

We want to see a legal services market that is characterised by a regulatory framework that commands the trust and confidence of consumers, the public and all those with an interest in legal services.

To reach this goal we believe that practitioners’ views need to be factored into the decision making process and this is why we are consulting widely. We hope to hear them from you.