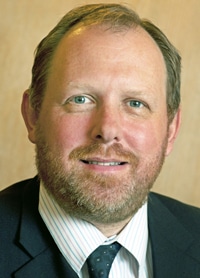 A cynic looking at the government’s consultation [2] on “preserving and enhancing the quality of criminal advocacy” might well feel that Lord Chancellor Michael Gove was deliberately trying to foment trouble between the Bar and solicitors to divide and rule.

It would be easy to characterise the proposals as giving the Bar what it wants by ‘doing something’ about those money-grabbing solicitors encroaching on the Bar’s patch. It’s hard to see anything that solicitors will like about them.

The Bar has been on about the quality of advocacy for a while. Ever since, in fact, solicitors got wise to the fact that there was money to be made on criminal legal aid advocacy fees and decided that they wanted some of it.

The judges have been quietly complaining that standards of advocacy aren’t what they were: there’s no way of proving that but it seems likely at least that some criminal advocates aren’t very good. The Bar wisely left it to Sir Bill Jeffrey to note that there’s a pretty massive gap between the two professions in terms of the compulsory training required before an individual can appear in the Crown Court.

It instead concentrated on the conflict for an instructing solicitor who has a financial interest in the work being done in-house. Sir Bill bought that too – and it’s hard to say that there isn’t at least potential for, shall we say, tension here. The Bar also made allegations about referral fees being demanded by solicitors.

Let’s leave the referral fee point, which the Ministry of Justice plans to address by extending the LASPO personal injury ban. Nobody knows whether there’s a real problem, whether the LASPO regime actually works or whether this make barristers more likely to report the people who instruct them to a regulator who might not regard this as a top priority. Nobody’s going to seriously oppose a ban on something that shouldn’t be happening anyway, particularly when there’s so much else to dislike.

More interesting is the proposed panel for defence advocates, rather like the Crown Prosecution Service’s panel. It’s not obvious why you need it when, after an elephantine gestation period, the Quality Assurance Scheme for Advocates (QASA) is likely to be up and running soon. In fact, the paper seems to misunderstand QASA, referring to it as providing ‘minimum standards’. The last time I looked, it intended a lot more than that with advocates graded according their competence. If the problem is about ensuring that competent advocates take cases, won’t that solve it?

Where it differs from QASA is in the suggestion that panel numbers could be limited to deal with the alleged over-supply and provide enough work for high-quality advocates to survive.

Many barristers, particularly senior ones, will instinctively love this – it will make sure that the good chaps have a reliable supply of work. Except processes like this tend to be unpredictable – some good chaps may not make it. They also create real diversity problems. They’re not cheap and, while the paper is coy about where the bill will end up, you can’t imagine the MoJ rushing to pick it up.

And, if Mr Gove isn’t careful, he’ll find that by restricting the market, he’s creating a restricted group of people who might be in a stronger position to demand fee increases. Existing practitioners will sign up – they’ve nowhere else to go – but this might be yet another hurdle to turn new practitioners against crime altogether.

So solicitors will see it as a stitch-up to keep the Bar in work. After QASA, I can’t see the Bar leadership rushing to welcome another quality assurance scheme. Long term it may not help Mr Gove and does he really want a QASA-type standoff with the Criminal Bar Association?

Next come proposals to address that, er, tension where the instructing solicitor could also be the advocate. These are made in the name of client choice, though I think it’s debatable where the choice of advocate in fact rests. The nearest you get to an answer is in the SRA Code of Conduct, which suggests that the choice is the solicitor’s and he or she has got to make it in the client’s best interests.

Presumably that means that the solicitor could override a client’s preferences (I imagine that a number may have conversations on the lines of “No, you won’t get Michael Mansfield to do you dangerous driving case”). This makes some of the proposals look a bit pointless.

Technicalities like this won’t change any minds, but do barristers want disclosure of a solicitor’s advice about their individual merits, particularly if they’ve been rejected? And such advice would always, perfectly legitimately, note that there’s no guarantee that a barrister will actually turn up. Any advice will be subjective and no regulator is going to want to get into an argument about whether in-house solicitor X is more suitable than self-employed barrister Y.

What will really interest the Bar, however, is the throwaway hint that there could be restrictions on in-house lawyers providing advocacy. Have all the points they made in 1989 when the Mackay reforms were first mooted finally been heard?

The Ministry of Justice is studiedly neutral here, as if it knows a bad idea when it sees one, and does not set out what the restrictions might be. Speculating, they could range from a prohibition on any Crown Court advocacy to a prohibition on doing particular parts of a trial in particularly serious cases. Given that there isn’t much solicitor advocacy in those serious hearings anyway, any restrictions will need to be at the wider end of the scale if they are to help the Bar.

But don’t bet that they would. The Bar might hope that solicitors will simply give up doing advocacy in-house. But if there really is money to be made from advocacy (and I hear a range of views on that), then solicitors will come up with imaginative arrangements, perhaps taking advantage of the recent relaxation of the separate business rule, to find ways of keeping some of it. These could be even more opaque that the supposed existing referral arrangements.

The fact is that there is a declining market out there: crime, prosecutions and fees are all falling. None of these factors are calculated to increase standards. Nor, in the long term, are these proposals, which are likely restrict innovation, competition and, ultimately, standards. For solicitors, the timing of this after they have submitted bids for the next contract round, presumably factoring in advocacy fees, couldn’t be worse.

So why is Michael Gove doing this? The electorate won’t judge him on standards of Crown Court advocacy. Perhaps he does think that by giving the Bar what, superficially, they want, he’ll have them onside and foment the tensions between the professions as a by-product – no bad thing if you’ve got a British Bill of Rights to get through.

Or maybe he thinks that, on reflection, the Bar may decide that the cure is worse than the illness, so he can quietly drop them. Either way, the Bar may want to be careful about what it wishes for. And solicitors and the SRA could ponder those points about training and that, er, tension.