Are you an ABS optimist or pessimist? 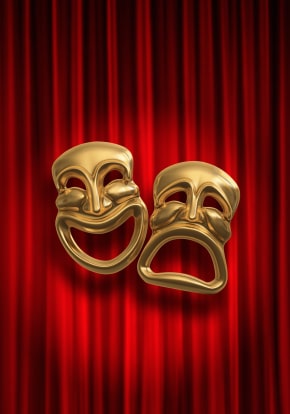 As the ABS curtain prepares to go up, are you excited or frightened by the prospect?

I’ve been writing news stories about changes underway in the legal services market on and off for about a year now, and have been struck by the great variety of approaches to the significance of alternative business structures (ABSs), both among lawyers and legal commentators.

ABSs seem to represent a tsunami of change that will either undermine the ‘trusted professional’ status of lawyers, turning them into salesmen, or a long overdue market liberalisation; a boon to consumers bringing a much needed reality-check to a complacent profession – or something in between.

Among lawyers there seems to be a number of quite upbeat, generally younger, reformers, who perceive an opportunity to shake up a body of people badly in need of a good shaking. A bonus for them might be if it also loosens the grip of their senior colleagues on the speed and direction of change.

Also on the spectrum is another type of optimist: lawyers who cross their fingers that ABSs will turn out to have been over-hyped and won’t have too much impact on the profession’s usual stroll in the direction of modernity.

These optimists sleep comfortably, confident that their monopoly on reserved activities and list of satisfied clients will cushion them from future competition. They may or may not be aware that much of their firm’s income is likely to derive from non-reserved activities.

There are also glum, rather pessimistic souls, who believe the vital role lawyers play in maintaining stability and fairness in society is being eroded by government cuts and funding reforms, and that ABSs will weaken it further. They fear public-spirited lawyers who toil unsung to help vulnerable people will be lost to the profession amid the rush to provide legal services (cheaply) via telephone helplines and web-based advice.

Almost all legal commentators seem to view the apparent slowness of lawyers to effect radical change in their practices as unwise. High street solicitors who rest on their laurels will be swept away by the wave of change brought by Tesco or the Co-op, SAGA, Virgin, or other well-known brands entering the market, they predict.

The era in which lawyers can run successful practices with only a bare minimum of business acumen is over, they go on. Success or failure will hinge on how well you can meet the ‘more service for less money’ challenge, whether you open for business on a Saturday, and how swiftly you take a sledgehammer to your overheads and outsource your back office, whether offshore, onshore, or ‘in the cloud’.

If you listen to speeches by either of the seer professors, Richard Susskind or Stephen Mayson, you’ll quickly glean that legal practice as we have known it is over, kaput. Only ‘lawyers who dare’ will stand a chance of winning, they urge.

The phrase ‘learn to kill or become lunch yourself’ – or words to that effect – is often employed by legal futurologists. It neatly encapsulates how profound is the competition they are expecting.

Groupings of high street solicitors’ firms under single brand-names, hoping to exploit the precious months before ABSs come in to fix them in the minds of the public, are widely heralded as a shrewd response to the ABS onslaught. The success of QualitySolicitors in attracting members shows there are plenty of law firms who believe it can afford them protection.

But there are some who see consortia of solicitors as simplistic and that any attempt to force independent law firms into the straightjacket of a franchise model is headed for disaster, especially if they are doing the kind of ‘low end’ work they predict will be taken over lock, stock and barrel by the big-brand retailers.

One senior lawyer-innovator, who views collaboration with other kinds of professionals as a superior defensive tactic, told me that networks of high street firms “working to an old model” had no chance of competing with the retail giants and, worse, were “dragging down” the profession by attempting it.

However bleak things might look for certain classes of solicitors, they are quite possibly worse for barristers. Many live in hope that the sheer quality of their advocacy will insulate them from the market, and presumably also help them fend off the challenge from a rising tide of solicitor-advocates – around 4,500 already have higher audience rights in the criminal advocacy field alone.

The Bar Council is trying to encourage its members to adopt the infrastructure they need to contract with clients able to provide long-term income streams – such as local authorities, banks and so forth. Another prong of the Bar’s strategy is to push direct access, the scheme that enables to public to instruct barristers without the solicitor as middle man. It hopes to establish barristers as ‘high quality, low overhead’ alternative advisers.

So far relatively few barristers’ chambers appear to have appointed commercially minded chief executives or practice managers to drive change. And apart from the three or four chambers that to date have linked up with local solicitors’ firms – or are in the process of doing so – barristers seem to be in no hurry to ditch the antiquated chambers model, or abandon traditional fee structures.

In the words of one consultant involved in chambers’ reform, too many barristers see their workplace as “the university they never left”, or “somewhere they can have wine delivered to”. Such people a facing a rude awakening, he adds darkly.

So which players in the legal field have most to fear from ABSs? Most obviously are those whose daily work depends on the routine activities that new entrants might do faster and cheaper. Any such practices that also depend on publicly funded reserved activities will receive a double whammy as legal aid is cut back

Those who perhaps have the least to fear, at least in the short term, are established niche practices doing high-end work that requires advanced legal knowledge. Even they are likely to feel the heat of competition, from existing rivals looking to replace shortfalls created elsewhere in their operations, or expand to satisfy new investors, or international competitors looking to steal a slice of the UK’s legal services pie.

At the bottom of the legal food chain, paralegals are likely to grow in number and maybe status too, since they will provide the skilled labour force powering ABSs. Yet they are vulnerable to overseas legal process outsourcing.

Legal executives may also enjoy career opportunities, especially if applications lodged with the Legal Services Board to undertake reserved activities in their own right are successful. More immediately, though, their employment by high street solicitors is likely to be in jeopardy.

How smoothly ABSs will fit into the evolving regulatory landscape, nobody knows. Another imponderable is: will the oversight regime set up by the Legal Services Act be up to the challenge of regulating dynamic and ruthlessly profit-driven new entrants to the market?

The various legal services regulators have certainly worked hard to anticipate problems and place the interests of consumers at centre stage. But it also seems probable behaviours will emerge that they won’t have predicted.

One thing is certain: the new entrants will have little regard for broader notions of access to justice, or the social value of having an independent legal profession to police the three-way interface between the state, the market and the individual.

From the practitioner’s point of view, the small area of coverage currently provided to lawyers by the reserved activities umbrella may seem like very poor protection in the stormy conditions that could be almost upon us.