A guest post by Gary Herring, a partner at Keoghs 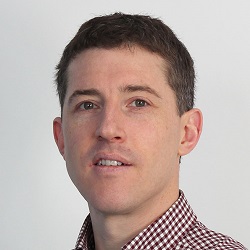 Herring: Holt is welcome but not the panacea

When the House of Lords first created an exception to the Dimond rule, allowing a credit hire claimant who is impecunious to recover the full credit rate as opposed to the ‘spot rate’, there was expectation that the issue would be dealt with voluntarily between credit hire organisations and insurers.

Given that it was “in the interests of all concerned to avoid litigation and its attendant costs and delay”, it was hoped that “standard enquiries or some other means” could be agreed to resolve the issue of impecuniosity.

Twenty years on, those comments, along with the requirements of the pre-action practice direction requiring key documents and information to be exchanged pre-proceedings, continue to be widely ignored.

Most credit hire organisations as a matter of policy simply refuse to entertain any questions regarding their customers’ impecuniosity status until after proceedings are issued.

Of course, it is open to debate as to whether it can still truly be said to be “in the interests of all concerned to avoid litigation and its attendant costs”, given the modern trend for one-stop shops where credit hire and litigation services co-exist under the same corporate umbrella.

Regardless, this certainly represents a problem for insurers. How can an offer be made to settle the claim for an appropriate amount, or in any case provide adequate costs protection, if it is not even known which of two alternative – and very different – measures of damages applies?

Given that the issue of impecuniosity goes to the recoverable period as well as the rate, it can often be the difference between either the full amount of the claim being recoverable or a small fraction of it.

It is therefore likely to be of comfort to defendant insurers that a judgment on the issue of pre-action disclosure in credit hire cases has recently been handed down by HHJ Harrison at Cardiff County Court in the lead case of Allianz v Holt, where Keoghs acted for the successful applicant insurer.

The respondents to the conjoined group of applications were all prospective claimants seeking credit hire charges incurred with Auxillis Services and who were represented by Principia Law – both entities being part of the Redde Northgate PLC.

In each of the claims, the insurers made enquiries about impecuniosity to Auxillis which were rebuffed. Auxillis said it did not request bank and credit card statements at that stage of the claim and that the claimant’s financial position was “outside our knowledge”.

Unimpressed by this position, HHJ Harrison allowed the applications and ordered the documents to be disclosed. The key findings were as follows:

Holt is a welcome step in the right direction and might go some way towards finally dragging pre-action conduct in credit hire claims into the post-CPR era.

Nonetheless, it is not the panacea. Aside from the obvious point that the onus should not be on the defendant to have to go to the lengths of issuing an application for pre-action disclosure in order to obtain material which determines the very measure of damages, the majority of low-value credit hire claims are likely to fall outside of the ambit of pre-action disclosure.

In those cases, it is likely that the pre-action practice direction requirement to disclose ‘key documents’ will continue to be ignored, despite the findings in Holt that financial documents in credit hire cases fall squarely within it.

Against a background of the significant and increasing volume of litigated credit hire claims where there is no dispute on liability, the continued absence of a specific, sanction backed pre-action protocol for credit hire claims appears to be a glaring and unjustified anomaly.