ABSs and the regulations bonfire 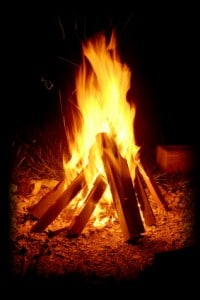 Burning issue: will ABSs and the OLC go up in flames?

Surprisingly, implementation of the Legal Services Act did not feature in the Coalition agreement, but we will soon get a chance to find out what the new government makes of it. As I reported yesterday (see story), a new Cabinet committee set up to slash regulation is to scrutinise all of the impending regulation left behind by Labour, including creation of the Office for Legal Complaints (OLC) and introduction of alternative business structures (ABSs).

The thing going for the new regulatory structure from the government’s point of view is that it is paid for by the legal profession through levies, so scrapping it would not produce any great cost saving beyond a few Ministry of Justice officials’ time. Further, ABSs are a liberalising measure, albeit one tangled up in regulation to ensure it delivers what it is meant to.

The OLC is potentially a more finely balanced argument, on the basis that the Legal Complaints Service is now operating to high standards, although the underlying issue of the independence from the profession will never go away (see my Guardian column on this here). But it would be perilously late to stop the OLC, which is likely to open in October, especially as the complaints service is now in full wind-down mode.

And what of the Ministry of Justice’s (MoJ) view? As I also reported yesterday, I have found nothing to back up the rumour reported in The Times that ABSs might be kicked into the long grass – and I have spoken to several people who I would consider to be as much ‘in the know’ as anyone. I suspect the problem is that because no ministers have yet gone public on policy issues, wild speculation is starting to fill the void. Given his track record, one would imagine that the new Lord Chancellor, Ken Clarke, would instinctively support ABSs for introducing liberalisation and competition.

There is also the question of how, exactly, the government could drop-kick ABSs into the distance. There appears no easy way, short of legislating. The two major issues for the MoJ to deal with are approving the Legal Services Board’s recommendations for which regulators should be allowed to award ABS licences and some final commencement orders to bring in certain parts of the Legal Services Act. But could it just wilfully sit on these without explanation? It would be difficult and cause real tensions with the board.

But I have been told that while Jonathan Djanogly, the new minister with responsibility for the Legal Services Act, sees the access to justice benefits of ABSs, he has in the past questioned whether there is too much of a rush towards them (as did the likes of Dominic Grieve and Henry Bellingham when they were in the shadow justice team before the election). So could the MoJ slow the process down a bit, maybe six or 12 months? That is a more realistic prospect, especially if it does so on the basis that it wants to be sure that everything is in place for a successful launch. October 2011 is already proving a very tight deadline for the Solicitors Regulation Authority to achieve everything it needs to do for ABSs, so another few months would probably suit the regualtor too. It would also suit solicitors who need the time to prepare for the onslaught of new competition.

So will ABSs happen? Many will cling on to the hope that they won’t, but that is a hope likely to be held in vain.