A year of the OIC – how do we judge success?

Has the Official Injury Claim (OIC) portal had a successful first year? It’s the obvious question as we mark the anniversary of the crackdown on whiplash claims, but the answer is complicated.

First of all, what is the yardstick of success? When the reform programme was kickstarted by the then Chancellor George Osborne in the 2015 Autumn Statement, the focus was on fraud.

The Treasury said: “The government is determined to crack down on the fraud and claims culture in motor insurance.”

Originally, the plan was to end the right to cash compensation for minor whiplash injuries altogether, so as to “end the cycle in which responsible motorists pay higher premiums to cover false claims by others”.

This would allow the insurance industry to pass an average saving of £40 to £50 per motor insurance policy on to consumers, the government predicted.

The 2017 Conservative election manifesto pledged to “reduce insurance costs for ordinary motorists by cracking down on fraudulent and exaggerated whiplash claims”.

However, by the time the OIC went live, after more than two years of delay, fraud had been largely forgotten. This time last year, the Ministry of Justice (MoJ) insisted that the reforms were designed to reduce “the unacceptably high number of whiplash claims made each year”.

It was always a daft statement. What is an acceptable number of whiplash claims?

But when David Parkin, deputy director of civil justice at the MoJ, described the OIC as a “cautious success” when speaking at last week’s PI Futures conference, it was because the number of road traffic claims has gone down. 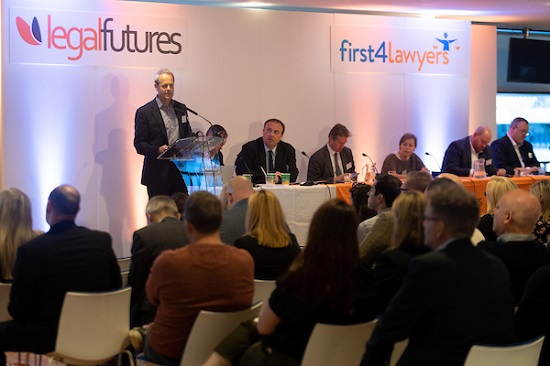 Asked about fraud and the (un)reliability of insurers’ own figures on its incidence, Mr Parkin’s main argument was that it made sense to assume criminals had been put off by the reduced benefits of false claims. It may be true but that’s about as scientific as the assessment will go.

Under the provisions of the Civil Liability Act 2018, we will have to wait until 2024 to learn whether insurers have passed on the vast savings they have made. I’m sure the figures will show they have – or they did but other factors meant they only ameliorated what would have been increases and so there was no actual reduction.

Either way, I don’t imagine it will make much difference to the policy. Only a change in government will do that.

One metric not worth looking at, frankly, is access to justice. That was never the government’s rationale, and understandably so. The unfairness inherent in the system is unarguable – there is no sensible justification for a comparable injury suffered in work environment attracting compensation of five or 10 times more than it does when suffered in a car accident.

Equally, there is no point in re-arguing a debate that claimants and their representatives lost with the passage of the Act. We are where we are.

What surprised me most last week was how unbothered Mr Parkin seemed about how few litigants in person (LiPs) were using the OIC – the figure has been less than 10% from the start.

The MoJ estimated in advance that around 30% of users may be LiPs, which was modest in the first place given that the aim of what it called the “user-friendly online portal” was to simplify the process and remove “the need for expensive lawyers”.

Why hasn’t it proved that way? The OIC is investigating this and I suspect it will find elements of hesitancy to undertake a legal process unaided, the fact that law firms and claims companies still dominate online searches for injuries, insurers pointing customers to their legal expenses insurance, and the difficulty of system even if you do have a go at it alone.

From the start, the big problem has seemed to me the valuation of non-whiplash injuries – the vast majority of OIC portal claims are for a mix of both whiplash injuries, which are subject to the much-reduced tariff, and other injuries.

Elements that may in the past just have been seen as aggravating a whiplash injury, such as headaches, are now being claimed as separate injuries. This means claim values are higher than expected and reducing (a bit) the savings insurers anticipated.

The OIC directs users to the Judicial College Guidelines, which is not overly helpful for the layperson. Say you have a ‘minor’ eye injury – the range is £3,710 to £8,200. How on earth is a LiP meant to work out where their injury sits within that?

As Brett Dixon, secretary of the Association of Personal Injury Lawyers, fairly pointed out at PI Futures, you have a system that was built (and a tariff set) on the basis that claimants would go it alone when the reality is that 90% of them use lawyers. It was built on a false premise.

It is disappointing too that we seem no closer to the test cases that will be leapfrogged to the Court of Appeal for guidance on how these mixed cases should be handled.

Mr Parkin’s figures showed that a mere 380 cases have exited to court – we don’t know, however, what these exited for (there are four different reasons an OIC case could end up before a judge, of which quantum is one).

Mr Dixon is one of the lawyers waiting to take on the test cases but not one has come his way yet. Indeed, none of the 200-plus delegates at PI Futures said they had received a judgment on a OIC case.

I have been told by one defendant lawyer that they have cases ready to go, but the year-plus delays in the small claims court mean they are a long way off even getting a hearing date.

Another success criterion not met is the technology. Ignoring the very early snags – such as the system not accepting double-barrelled names – by all accounts the web-based interface works well, but the problems with the API, allowing law firms’ case management systems to interface with the OIC, continue.

Again, given how many cases are being put through by solicitors, it is not good enough that this has gone on for so long. Margins are slim enough without solicitors having to rekey claims.

So what of the claimant market? I’m told that around a dozen firms account for more than two-thirds of all OIC claims to date – one firm has a 20% share alone. Those firms which have built relationships with insurers and brokers to handle claimant work through legal expenses insurance are now seeing the fruits of their labour.

But nobody is claiming that they are making money out of OIC claims at the moment (though they may be from the higher-value gems they discover within them). Perhaps this will change once the technology finally works and mixed claims are sorted.

In the meantime, what of the thousands of other firms that used to handle whiplash claims? Many are quietly getting out, closing down maybe, or looking at other areas of personal injury – tough, given that volumes outside of RTA are much smaller, making competition fiercer – and even other types of consumer claims.

Perhaps the most striking session at PI Futures saw David Bott of Bott & Co, Jeremy Brooke of SSB Law and Jeff Winn of the Winn Group talk about how they have diversified their firms beyond PI.

Bott & Co, with its flight delay practice, is the highest profile of the three. You need expertise, a plan, funding, technology and innovation, Mr Bott explained – easier said than done but he has managed to pull it off, even if it has taken two trips to the Court of Appeal and one to the Supreme Court to vindicate the business model. You have to take your lumps as a pioneer.

Lawyers are a resourceful bunch and personal injury lawyers have had to deal with more hits than most over the past two decades as the government has continually sought to tighten the noose around their profits.

Let’s be honest – it was justified, at least at first, as the commercial market created by the withdrawal of legal aid produced some exceptionally fat profits for some at the expense of insurance policy holders.

But while claimant lawyers have survived the costs wars, Jackson and LASPO, I have at times wondered if the OIC may be a reform too far. For some it is. But for many others it won’t be. They will diversify and bring the fighting spirit that they naturally have.

Not a single delegate who was not an MoJ official put their hand up last week when asked if the OIC had been a success. But they were still there.

Many were inspired by Elena Manukyan, who spoke about setting up her firm, The Injury Solicitor, during the pandemic. She did so because, at heart, she loves what she does. It may not be enough on its own, but it’s a good start.