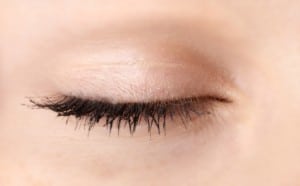 When I published my story the week before last on the Legal Services Board’s (LSB) demand that four of the professional bodies – the Law Society, Bar Council, Institute of Trade Mark Attorneys and Chartered Institute of Patent Attorneys – introduce lay majorities on their regulatory boards sooner than they planned, I said I would add their responses when received (see story here [2]).

Those who have been breathlessly awaiting these pearls of their regulators’ wisdom will have been disappointed. But after a considerable delay and some chasing, I can now reveal all. The Law Society says “we will be responding to LSB in due course”, and that is more than the Bar Council and ITMA are prepared to say, as both declined to comment (I still haven’t heard from CIPA, but they usually say the same – or don’t say the same, in this case – as their fellow intellectual property body).

The Bar Council did refer me onto the Bar Standards Board, which said it is currently considering the LSB’s letter and “in due course we will respond”. The Solicitors Regulation Authority is positively revelatory by comparison and told me: “We are working closely with the Law Society and the Legal Services Board to ensure that we have the best arrangements for the future.”

This is one of those times when you can read a great deal into what is not being said – and clearly there is an awful lot not being said here. This could well turn into the first serious face-off between the LSB and the approved regulators, as both the Law Society and Bar Council (I cannot speak for the other two) give the impression that they have no intention of shifting on this without a fight.

It has been suggested that I peruse the Legal Services Act 2007 to look for any reference to lay majorities there (I’m assuming it will be a futile search). For one thing I have slightly better things to do on my holiday and for another, I’m not sure that’s the point. The Act does give the LSB the power to set internal governance rules for the approved regulators, and those rules – whether the regulators like it or not – require a lay majority. As I’ve blogged before (see here [3]), this may seem a slightly esoteric issue, but it is highly symbolic and is being watched by those on the consumer side as a visible sign that regulation of the legal profession is genuinely being conducted in the public and consumer interest.

But in the event of a stand-off, what can the LSB do? In a consultation paper last year on the internal governance rules, it said that if it concludes that an approved regulator’s “acts or omissions during the self-certification process have been unreasonable… the LSB can consider whether it should pursue the matter using its formal enforcement powers, including the power of direction”. The power of direction, which can be backed up by a High Court order, would require the regulator to take action.

Will it come to that? Does any regulator want to push the LSB into a corner so early on (relatively speaking) in their relationship? The game of chicken starts now.