A fight to the death? 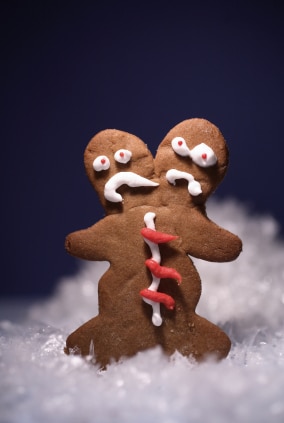 Two-headed monster: can the Law Society and its regulatory arm continue as now?

“My terms of reference include a requirement to propose a framework that promotes the public and consumer interest, promotes competition, promotes innovation and is transparent,” wrote Sir David Clementi in 2004. “The framework needs to meet these criteria, and be seen clearly to do so…

“A key recommendation of this review is that the regulatory and representative functions of front-line regulatory bodies should be clearly split.”

Now, less than a decade later, the Law Society is seeking to roll back this key element of his reforms and resume control over training, authorisation to practise and standard setting.

The society’s submission to the Ministry of Justice’s legal services review is the culmination of four years of frustration in dealing with its independent (but not totally independent) regulatory arm – as is the Solicitors Regulation Authority’s (SRA) own submission, calling for structural independence on top of the operational independence it currently has (I was going to say ‘enjoys’, but I’m not sure that’s the right word).

It is certainly a bold move by the Law Society. For bold, I really mean pretty jaw-dropping (for regulation nerds like me, at least). It takes some brass neck for Chancery Lane to claim “there is no evidence to suggest that the professional bodies cannot take decisions in the public interest about standards and qualification”. Have so many staff been cleared out in recent years that nobody remembers the Clementi report?

Despite the shortcomings of the current system, it’s hard to argue that things were better back in 2004. I can’t help but read the society’s submission as a self-interested attempt to regain some measure of control of a legal market spiralling out of the control of solicitors, and also to ensure its own continuing relevance.

This is especially so given the growing focus on whether it is appropriate for there to be a compulsory element of practising fees that supports the Law Society’s representative work – as the joint owner of an SRA-regulated alternative business structure, Admiral Insurance, for example, must be wondering why it has to contribute towards the cost of a Law Society advertising campaign that attacked insurance companies.

Not being a great believer in the current set-up, I have more sympathy with the SRA’s call for independence – the benefits of the current hybrid arrangement do not seem great and mean we have internal governance rules that are so detailed that they even determine the headlines in the SRA’s annual report to the Law Society council. The amount of energy that has been wasted on negotiations and arguments between the two sides over the years could power a small city.

But equally we are far from sorting out the regulatory maze that Sir David identified; while the Clementi report simplified oversight of regulation, it created a whole new group of organisations and acronyms. Given the choice between these two approaches, I’d go for the SRA’s but they aren’t the only options.

That is why I have found the most penetrating of the heavy-hitting responses published to date to have come from the Legal Services Consumer Panel, which calls for a move to a single regulator (Model A, in Clementi speak). The panel’s response is well argued and very much worth a read – the value of the panel’s perspective, unburdened by the baggage of the history and power struggle of legal services regulation, is often underestimated.

I have written several times about how the Clementi settlement – the product of a compromise that aimed to keep the profession on board – only appears a staging post on the way to a single regulator, and perhaps we have reached that point somewhat sooner than anyone anticipated. I am looking forward to reading the Legal Services Board’s own submission.

But ultimately we can have all the arguments about independent regulation in the world – what matters is whether the Ministry of Justice has the inclination to rip up the Act and start again so soon after it came into force (relatively speaking), especially as it will require primary legislation even just to make the Act work better. Nobody knows.

The Law Society appears to be banking on Tory instincts against creating a new super-regulator and in favour of a lighter regulatory burden, and perhaps hopes that regulatory failures such as that of the Care Quality Commission will bring the idea of a return to greater self-regulation back in vogue.

The SRA submission, meanwhile, says: “We take it as a given that the need for independent regulation is accepted… We consider it unlikely that the government would seriously countenance a return to the pre-LSA position or that any serious commentator or professional body would advance such an argument.”

I imagine the SRA had a strong inkling of what the Law Society was going to say when it wrote that. You can almost see the smile behind it. In doing so, it neatly encapsulates the draining and unnecessary tension between the two bodies.

If there is agreement on anything, it is that one way or another the current regime needs to change.