A culture of fear? 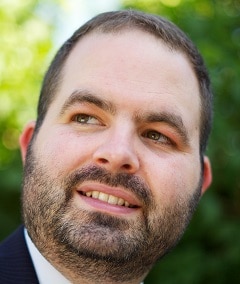 Bray: moral obligation to look after our junior lawyers

A newly published survey by the Law Society Junior Lawyer’s Division (JLD) has found that extreme stress affects a quarter of young lawyers. This highlights a worrying trend that we have been tracking for some time: young solicitors unable to cope and lacking proper support from their employers.

Burnout, other health issues and increased negligence risk are the obvious by-products of extreme stress. However, the trend in the Solicitors Disciplinary Tribunal (SDT) suggests that professional ethics may also be a casualty of the ‘sink or swim’ approach to professional development.

We seem to be hearing more and more stories of solicitors, often relatively junior, going to great lengths to cover up their mistakes. Take the case of Paul Smith, a solicitor who not only fabricated documents, but also paid a money out of his own private account to cover up his mistakes. It certainly struck a chord.

Mr Smith was struck off in December 2016, just over a month after Luke Welsh was also struck off for faking fee invoices to conceal errors and adverse costs order on a case. Both were four to five years’ qualified.

I am not suggesting for one moment that these solicitors should not have been struck off. Dishonesty is dishonesty. I just think we should look more closely at the reasons behind their dishonest actions.

It was noted in Mr Smith’s SDT decision that he “felt his position at the firm was precarious and thought he would lose his job and that would be the end of his career”.

Similarly, Mr Welsh “had felt that he could not inform the firm [about this], as he believed it would lead to problems for him if he did so… being unsupervised led to the respondent feeling unable to cope… the respondent had felt under increasing pressure to bill significant sums”.

It seems that these are solicitors who have acted dishonestly because they have been unable to ask for help or admit that they cannot cope.

This is, of course not a new phenomenon. There has always been an element of fear within the profession, with competition for training contracts, promotion or even just keeping a job so fierce that perhaps it is considered foolish for anyone to put their hand up and ask for help.

I certainly remember as a junior solicitor being petrified of doing anything wrong. It’s one of the reasons I did not see a future in private practice. I can still feel that ever-present knot of anxiety.

Are things getting worse as competition pressures increase?

Over half of the respondents to the JLD survey said that they had almost made crucial errors.

We certainly hear lots of anecdotes of people being terrified of management, and being too scared to report a complaint let alone not coping. This is clearly not a healthy environment, both literally and in terms of compliance.

It’s worth noting that in both the cases above, there was little criticism of the firms. I do not know enough about the circumstances to comment. And, of course, even the best supervision structure in the world cannot account for someone who is hell-bent on deception.

But for me it comes down to this: forget compliance and the regulators for a moment. We have at least a moral obligation to look after our junior lawyers.

Are we doing enough to support, mentor and encourage less experienced solicitors?

Or are we all too busy expecting more for less, and in the process letting down our future lawyers?