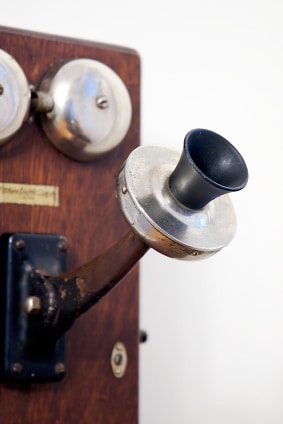 Client communication: time to move on

Having recently been involved in property transactions in different parts of England and Wales, I can speak as a consumer of legal services. After attending last week’s Legal Futures‘ NatWest mmadigital FROM CLICK TO CLIENT conference, I also feel up to speed on the direction technology in general is moving.

What strikes me is that some solicitors continue to work in a kind of parallel universe, in which ‘older’ technologies like e-mail and digital scanning have been incorporated into the conveyancing process, but the piecemeal fashion in which it has been brought in makes its acceptance seem grudging.

Overall, my experiences as a client were positive. The lawyers, partners in their practices, were knowledgeable, competent and friendly. They weren’t patronising, aloof or distant and they were confident, and invited confidence in them. Where I think there was room for improvement is in communication, particularly its frequency, so the yawning gaps between significant developments in the transactions might have provoked less anxiety.

This is a matter of service, not process, which the law firms can improve on if they choose. There is no particular reason why even a smaller high street firm cannot offer brief daily online case file updates – a sentence or two would do – that would go a long way to helping people at a stressful time, and on one of the few occasions when a fair swathe of the population and solicitors converge. Creating a good customer experience here could lead to cross selling opportunities for a range of other legal products.

On the process side, solicitors can justifiably point to a number of bottlenecks not of their making, which is why conveyancing in the UK is notorious for its slowness. The UK was ranked 68 for registering property by the World Bank’s Ease of doing business index 2014, with the average time taken, 21.5 days. In New Zealand, which ranks second, it takes just one day on average.

The World Bank praised the UK for having introduced the electronic lodgement of property transfers, but extolled Denmark’s efforts to make full use of digital. After centralising its land registry from 2009, Denmark cut the time to transfer a property from 42 days to four. The index concluded: “With online access to a single source of land registry information, [Danes can] transfer property on their own with no third party.”

The UK has progressed some way down this road already; the Land Registry holds 23m registered titles in digital format and, under the infrastructure bill included in this month’s Queen’s speech, the registry will become the sole registering authority for local land charges (LLC) and a provider of standardised LLC and (possibly, eventually) CON29R search results via its existing portal. It trialled the consolidation of fragmented LLC registers into a digitised central register among seven local authorities last year.

Although some believe the transformation is part of a bid to ‘fatten up’ the Land Registry before selling it off, it would also be consistent with the government’s ‘digital by default’ objective for publicly held records. Expanding the Land Registry should mean lower LLC1 search fees and faster local search times. Ultimately, local authority searches will be possible as title searches are done now; by anybody with an internet connection and a credit card.

In the meantime, it is for solicitors to manage client expectations and frustrations over delay. Yes, my solicitors were contactable by e-mail, but a fair number of letters and documents were sent in the post. Since the work was being carried out on fixed fees, there would seem to be no disincentive to boosting digital communication.

If letters must still be dictated and printed, and hand-filled vendors’ questionnaires passed between client and solicitor, sent to the other side, then passed to the purchaser, surely they could be scanned and e-mailed in moments?

I recognise this may not be for everyone and that a choice might be given to clients after an initial face-to-face meeting as to how they want to communicate – by digital means unless absolutely necessary or the opposite.

According to Google executive Alex Lowe, speaking at the Legal Futures conference, younger customers spend so much time on their mobile devices they would doubtless find this facility attractive. Since their preferred medium is video, the solicitor could communicate partly by video clip.

At times during my transactions, forwarded e-mails afforded glimpses of communication between solicitors that previously would have been kept from clients’ eyes. They were notable for the calm way they spoke to each other, working through problems methodically while around them there was high anxiety; hysterical agents, deadlines, teetering chains, and clients (including myself) with their lives feeling unusually precarious. The calmness was good to see, especially since Law Society research has revealed one in six solicitors suffers from severe or extreme stress, in part due to the pressure of meeting client expectations.

Overall, I feel some of the anxiety could have been assuaged by better information about case progress.

Mr Lowe described the way major corporations are using technology to differentiate themselves from their rivals. One example was Toyota’s introduction of ‘smart’ glass into its cars. The rear door window glass is also a display screen linked to GPS, so the car’s computer can connect the view through the window to key information on landmarks the car is passing at the time, which is then overlaid onto the screen.

If Toyota thinks ‘smart’ glass might sway customers’ decisions on which car to buy, it is a fair bet that a daily update on the progress of your case would go down well with solicitors’ clients; so perhaps those firms that are not already providing it should consider introducing it before the tide of history sweeps them aside. There are few things worse than being in the dark about a transaction that will affect your life for years to come.