2014 – are your compliance officers ready for it? 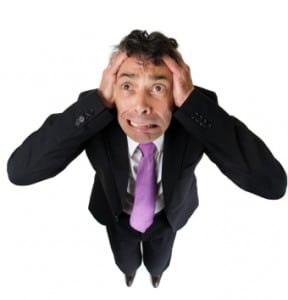 A compliance officer looks forward to the year ahead

Let’s not underestimate the pace of change in the legal regulatory landscape over the past couple of years. Developments have been unprecedented, relentless and, at times, frustrating. 2014 is set to be another busy year for compliance officers with yet more regulatory upheaval. And it all kicks off in January with a review of the compliance officer for finance and administration (COFA) role.

Changes to the COFA role

As first reported on Legal Futures, the Solicitors Regulation Authority (SRA) has begun a review of the role of COFAs. Speaking at the SRA’s first conference for compliance officers on 16 October 2013, the director of policy and strategy, Agnieszka Scott, said the SRA has begun developing the policy options ahead of a consultation expected in January 2014.

Just some of the questions expected to be considered in the review include:

It appears the SRA’s main focus is likely to be around whether to extend the COFA role to be the main financial conduit between the firm and the SRA, to cover the office account, to confirm the firm’s accounts are accurate, and to report to the SRA on principle 8-related issues

So, the consultation is heading your way this month and resultant regulatory changes are expected this autumn (perhaps).

In the meantime, make sure your COFA takes their summer leave earlier rather than later this year!

No time for Easter egg hunts this year: April 2014 sees the end of the Office of Fair Trading (OFT) and a whole new regime for consumer credit under which you may need to get a licence from the Financial Conduct Authority (FCA) if you want to continue conducting consumer credit activities, eg debt recovery work or, possibly, arranging a consumer credit agreement between a client and third party (to fund an after-the-event insurance premium or disbursements), and allowing payment for services in arrears or by way of credit funded directly by the firm rather than via introduction to a source of credit.

The FCA will take over the regulation of consumer credit activity from the OFT on 1 April 2014. The group licence under which SRA-regulated firms currently operate will cease to have effect from that date.

Currently, the Law Society group licence allows firms regulated by the SRA to carry out certain consumer credit activities under the group licence conditions without the need to apply to the OFT for a licence. The FCA will not be continuing the group licence regime, so SRA-regulated firms wishing to continue these activities may need to be licensed by the FCA, paying authorisation fees and regulatory fees.

The SRA’s response to this change remains unclear. There could possibly be a change to the SRA’s financial services rules (SRA Handbook release number 9?). Alternatively, and depending on what is caught by the consumer credit net, firms may simply have to get a licence from the FCA.

Firms carrying consumer credit activities without interim permission or a licence after 31 March 2014 will be committing a criminal offence and a breach of FCA regulations.

Forms and guidance on how to apply can be found on the FCA website.

A couple of big-ticket developments, which have been rumbling for a while now, are due to conclude before the spring is over: data protection and money laundering. Keep a watchful eye out for new legislation in these areas.

Proposals to reform the 1995 Data Protection Directive (Directive 95/46/EC) were announced by the European Commission almost two years ago, on 25 January 2012.

The proposals include a regulation setting out a general EU framework for data protection (which would itself become law in member states) and a directive on protecting personal data processed for the purposes of preventing, detecting, investigating or prosecuting criminal offences and related judicial activities.

Apart from the requirement to appoint a data privacy officer, the new obligations appear to apply to large multinational organisations and small firms alike.

The reforms are currently the subject of negotiations, with many difficult issues still needing agreement. The Information Commissioner Office (ICO) was hopeful that the negotiation process would be successfully completed before spring 2014. However, the ICO’s most recent statement seems less optimistic.

What is clear, though, is that change from Europe is most definitely on its way.

On top of this, the ICO has issued a consultation paper explaining the key challenges it is likely to face in the years ahead, what its aims will be over this period and the options available to meet them. The consultation closes on 7 February 2014 and the ICO anticipates publishing its final thoughts in March 2014.

It’s always a busy time for nominated officers/money laundering reporting officers (MLROs) and this year promises to be no different; quite the opposite, in fact.

The final text of the long-awaited Fourth Money Laundering Directive is expected in May 2014 with inevitable changes in UK law following shortly thereafter.

The new directive aims to:

Coming back to home soil and the SRA isn’t letting up: we’re expecting sweeping changes to the SRA training regime to come into force in May/June (SRA Handbook release 10?).

The Legal Education and Training Review (LETR) was a joint project of the SRA, the Bar Standards Board and ILEX Professional Standards. It constituted a fundamental, evidence-based review of education and training requirements across regulated and non-regulated legal services.

Its final report, published in June 2013, was the starting point from which the SRA is now considering how to change its education and training regulations.

In September 2013 the Legal Services Board (LSB) launched a consultation on its proposed guidance for education and training to set out its views before regulators proceed with detailed plans for implementation.

It put forward the view that a liberalised legal services market can only function effectively for consumers if there is a significantly more flexible labour market. The LSB said greater flexibility can be achieved through more effective targeting of regulation according to the risks posed. It is therefore a priority for regulators to review their approach to education and training in this regard, and to develop a more detailed blueprint for change in the medium to long term.

The LSB expects such a process to lead to simplification of the existing frameworks and better targeting of regulation in this area that will encourage innovation while ensuring appropriate consumer protection.

It proposed issuing statutory guidance to all approved regulators under section 162 of the Legal Services Act 2007 to this effect. Regulators will be given a degree of flexibility in how they respond to the guidance in order to meet their own needs. The LSB consultation closed on 11 December 2013.

On 3 December, the SRA launched a 12-week consultation on changes to its education and training regulations.

The consultation comprises seven proposals, including the removal of complex exemption arrangements and of the duplication of regulatory requirements placed on higher education institutions by the Quality Assurance Agency, as well as the replacement of student enrolment with a targeted approach to dealing with character and suitability issues. The closing date for responses is 25 February 2014.

Final approval of the changes should go to the SRA board this spring, with changes to the Handbook expected in May or June 2014 to enable them to be implemented in time for the 2014 academic year.

We make that at least two sets of significant legislative changes as well as potentially three more SRA Handbook releases and all before the trees start to lose their leaves again.

Of course, that isn’t everything. There are very many other legislative and regulatory changes on the cards for 2014. This year, the compliance beast looks set to be ever-changing.