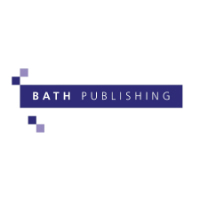 Bath Publishing have recently published the 2018/19 edition of the Employment Tribunal Remedies Handbook (General editor Benjamin Gray of Littleton Chambers) so we thought it would be useful to include one of the entries on Zero hours contracts to give you a flavour of what the book contains. We are offering all readers 10% off the usual price of £45. You can buy your copy from bathpublishing.com/employment – make sure you enter the discount code DB301610 when prompted.

The term is a political rather than a legal concept, potentially covering a range of different contracts and working arrangements.

Regardless of how many hours are actually offered, the employer must pay at least the National Minimum Wage.

Section 27A(3) of the ERA 1996 (as inserted by the Small Business, Enterprise and Employment Act, s153(1) and (2)) provides that, from 26 May 2015, a provision in a zero hours contract which prohibits the worker from doing work under any other arrangement is unenforceable.

Regulation 2 of the Exclusivity Terms in Zero Hours Contracts (Redress) Regulations 2015) (ETZHC (R) Regs 2015) makes provision in relation to the right for individuals on a zero hours contract not to be unfairly dismissed or subjected to a detriment (see Detriment) for a reason relating to a breach of a provision of a zero hours contract to which s27A(3) of the 1996 Act applies.

There is no qualifying period for an employee bringing such an unfair dismissal or detriment claim to the ET.

Where an employment tribunal finds that a complaint is well founded, it must take such of the following steps as it considers just and equitable:

The amount of the compensation awarded must be such as the tribunal considers just and equitable in all the circumstances having regard to:

The loss must be taken to include:

Any maximum or minimum: If the detriment to which the worker is subjected is the termination of the worker’s contract, but that contract is not a contract of employment, the total award will not exceed the aggregate of the maximum basic award (£15,240) and the maximum compensatory award (£83,682) i.e. £98,922 (Reg 4(6) ETZHC (R) Regs 2015).

Tax: If the combined sum of any basic and compensatory award is greater than £30,000 then the excess figure will be subject to tax (see Grossing up).

Recoupment: It is assumed that recoupment will be apply to immediate loss of earnings.

Take a look at our other products and services, including an online resource which will calculate schedules of loss without the pain, at bathpublishing.com/employment.