“Worthless Houses” due to Developer and Planning Negligence

Residents on a new-build housing estate in Bradford have been told that their homes are currently worth nothing – as a result of planning and building failures. Penny Andrews, Operations and Compliance Director at Future Climate Info, explains why and the importance to conveyancers of acting on a Further Action result in an environmental search. 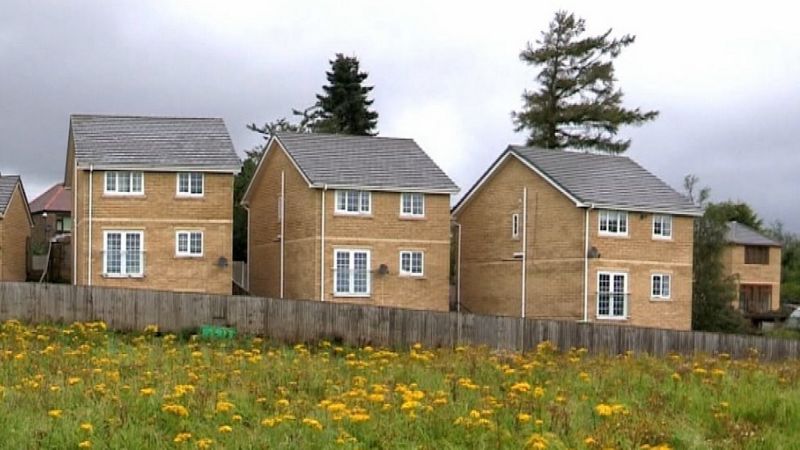 13 properties on Rooley Croft, Odsal were built in 2014 by Sherwood Homes as one of the early help to buy schemes and were quickly snapped up. However, when the residents of one of the properties tried to remortgage, they discovered it had a zero valuation, throwing the entire street into a “state of panic”.  The developer has since ceased trading and they feel they have nowhere to turn. 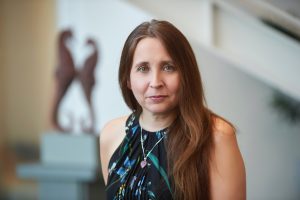 The reason for these now worthless homes: the estate adjoins a former landfill site and the area had also been used for coal mining more than 150 years previously. After the mines shut, the adjacent land was used for landfill and according to records only dating back to the early 1980s contained industrial, commercial and household waste. Typical of landfills at this time, there was no detailed record of what materials or chemicals had actually been dumped, no regulation of the landfill, nor its control of gases or discharge to nearby water courses.

Even though the site hadn’t been used for 40 years, there remained a real risk of methane and carbon dioxide being released from underground and migrating into buildings. Consequently, one of the key planning conditions was the effective remediation of the site before they could be discharged and valid building certificates could be issued.

Sherwood Homes was required to fit a layer of membrane to prevent any gas escaping into the houses, but residents have no proof that this was completed correctly, nor had final building compliance certificates been issued.

Tied to a Worthless Home

Chris and Steph Oliver bought their three-bed house for £130,000 in 2014 with a 20 per cent Help to Buy loan from Homes England. Last year, they sought to remortgage the property only to discover a zero valuation due to the absence of a final lawful building certificate.  This is now the case for all thirteen properties.

There were various other snagging issues that had still to be resolved. The road had not been adopted by the council and the build did not meet the architect’s specification. But Sherwood Homes went into administration in February of this year and has not responded to any approaches by residents or authorities.

Their plight recently featured on the BBC programme “Rip off Britain” (iplayer – requires TV licence). Two households have complained to their conveyancers who denied negligence but agreed to contribute some money towards bringing the estate up to standard.  Another of the residents has taken his case to the Legal Ombudsman for what they saw as a failure of the conveyancer to identify the planning and environmental issues ahead of completion.

Legislation to Protect from Ground Gas

While there have been a number of successful part2A determinations by local authorities, residents can remain in limbo for years while the legal process takes it course tracking the path of liability.

Bradford Council has yet to determine whether the Rooley Croft site should be a Part2A case – which is surprising considering landfill gas ingress (comprising methane and carbon dioxide) due to an ill-fitting membrane cap might well be a significant cause for concern for the health and well-being of the residents.

Sherwood Homes are first in the line of fire – if they didn’t fit the membrane properly or the work was not lawfully discharged to meet the planning conditions, they should have been an easy target. But they are not trading any more, as is so often the case here. The former owners were the landfill operators four decades previously and also not operating. Even if they were, the legislation was not in place to cover past practices.

Sherwood Homes worked with Homes England, the development agency responsible for expansion of affordable homes under the Help to Buy Scheme – were they in some way culpable in any lack of advice?

Is the Council to blame in some way for this? Based on the site history and the clear requirement to fit the gas protection as part of a remediation strategy – should they have been more rigorous in pursuing enforcement action against Sherwood Homes for the conditions that were not fully discharged?

Bradford council may find ultimately it has to step in here   – while it is helping with guidance and advice, the residents will need a way out of this if they are to get anything out of their investment and more importantly feel at peace with their homes.

The case is a clear example of why conveyancers must pay attention to where a “Further Action” is flagged on a property in an environmental search.

Developers understandably want to get properties built and sold as quickly as possible.  On occasion this means that corners might have been cut leaving loose ends that, unless the purchaser asks, might not come to light in the conveyancing process. However, dodgy developers won’t have a label so the conveyancing solicitor has to ensure they take the right steps to protect their client.

There is nothing to stop the authorities taking action under Part 2A just because it’s a new build. Breaches in planning conditions and building regulations irregularities would normally be dealt with by planning/building control enforcement sanctions against the developer, but there is obviously a question over who is responsible when the developer has ceased trading.

The vast majority of new build homes now come with a structural warranty to provide 10 years cover against major structural issues but can have exclusions if the completion certificate is not obtained so even this may not have helped the residents at Rooley Croft.

The principle of caveat emptor “buyer beware” applies when purchasing any property, and means that the buyer, with reliable advice from their solicitor, needs to know in advance what they are buying and any associated risks. Sellers do not legally have to volunteer any issues but cannot lie when asked a direct question, so it is important to ensure the right questions are raised and protection afforded to the buyer in all cases.”

FCI reports clearly identify the presence of the former landfill at Rooley Croft, though conveyancers should note that not all environmental search providers view recent developments with the same level of consistency on data and assessment. 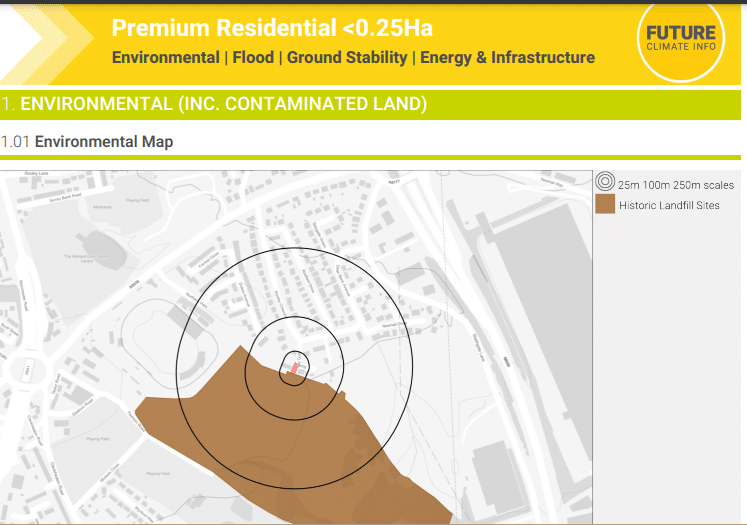 Solutions for Peace of Mind

Based on the “Further Action” result, a conveyancer acting for the Rooley Croft residents or any other in the same situation should then have recommended either of two courses of action:  investigate or insure.

Investigation with the local authority would have identified that development conditions with regard to the landfill gas protection measures had not yet been signed off and pressure could have been asserted on the developer to have rectified the situation before handover.  Alternatively, insurance (had it been recommended and then taken up by the home buyer) would have provided cover in the event that the risk to health is considered significant enough for the site to be designated as a Part 2A site.

The FCI Appraisal Service, provided by the FCI Risk Team who hold a unique combination of environmental and property related qualifications, demonstrating their professional expertise, provides fixed fee in-house environmental consultancy, which approaches regulators to gather and review additional property-specific information. Based on a review of the known historical risks and optional site walkover, possible redevelopment constraints are highlighted as well as any potential regulatory action or litigation based on the existing use of the property.

FCI has collaborated with CLS to provide its customers preferential access to comprehensive Contaminated Land Insurance Cover. Arranged through CLS, this covers a range of circumstances and provides cover which extends to future owners, lessees and mortgage lenders. Policies start from just £50.00 for 25 years and can be purchased in conjunction with an FCI environmental search, with a passed search, or following a ‘further action’, providing superior terms and levels of cover at competitive premiums.

By 2016, most environmental search providers had some form of Remediation Contribution in their report T&Cs. This provides some form of financial cover for the property buyers in the event of a Part2A determination on their property that could result in them having to pay for clean up, if the report conclusion could be proven to be wrong.

FCI offers up to £100,000 towards remediation clean-up costs on a Part2A determination and crucially is in place for up to 6 years – which given how extended these cases can prove, is the valuable part– other environmental search providers offer only three years.

For more information on FCI’s Environmental search reports and further action solutions contact us on 01732 755 180 or email info@futureclimateinfo.com