Wills – a delve behind the stats 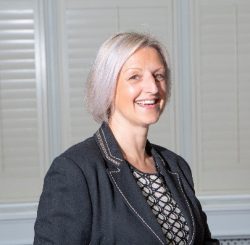 
We recently had Census day, which takes place every 10 years. According to the Government it gives them the most accurate estimate of all the people and households in England and Wales. The Census asks questions about us, our household, and our home. In doing so, it helps to build a detailed snapshot of our society.

One question I would have liked to have seen included is ‘do you have a Will?’. Society, media, Government, friends, and family all tell us we should have a Will but how many people actually do? You might think the Government would like to know because death is a certainty of life and it would surely demonstrate to the government how well prepared, we all are / or aren’t for that certainty when it comes. But then again maybe it’s not in the Government’s best interests to do that. For example, if there weren’t any intestate estates where no known family exists then assets wouldn’t be listed on the Bona Vacantia and pass to the Crown, if any living family heirs can’t be found. Never mind losing the reality TV series based around them!

So instead, we have to rely on smaller private surveys. They do however give us an indication as to what might be going on in the wider population. For example, a recent study undertaken in 2020 by Royal London found that:

It’s staggering to think that so many people are leaving their estates to ‘chance’ under the Rules of Intestacy. I’m aware from my own dealings with my clients that few people actually know how an intestate estate is distributed and it comes as such a shock to many to learn what this means to their estate. My mantra to them is ‘the only way to give certainty that your wishes will be carried out on your death, is to make a Will’.

Which brings me on to my next point. Another report by WillSuite in 2020, based on data collected from over 50,000 wills, found that:

Meaning there are a considerable number of young people that don’t have Wills in place. Younger people are more likely to have young children and be co-habiting than those in the 50 to 70 year age range. This means that without a Will their children could face an uncertain future if both parents died before they reached age 18; as it will be down to the Courts to decide who takes on parental responsibility. Furthermore, the co-habiting survivor could be forced to sell the family home and again face an uncertain future as ‘common law spouses’ aren’t entitled under intestacy. Both of these circumstances could have been easily avoided by making a Will to firstly appoint guardians and secondly to make provisions for each other.

Sadly, the uncertainty doesn’t end with just those that do not make a Will. So many times I go to see clients and when I ask to see a copy of their existing Will it’s invalid. There are numerous reasons why including not being signed, incorrectly attested, damaged or defaced. But I’m also frequently contacted by clients that have made Wills in the past that now can’t be located. Wills can be stored in many locations; some of the more common ones are listed below.

Which brings me on to my final point. So, you have made a Will, it’s all legally compliant, you’ve stored it somewhere safe. So now you can relax, and all is done … Uhmm not quite! How are the executors going to be able to locate your Will when you die? How will they know it’s for example stored with Stanford Legal Services? For every Will stored with us we also register it with The National Will Register. This ensures that when you die your Will can be located. The first place any solicitor, emergency service or funeral directors will check to see if a Will exists is with The National Will Register. Now you can finally relax knowing everything is in order and all your hard work, time and money spent in putting your Will in place has been worthwhile and not wasted.

If you would like to discuss any of the points Ann-Marie has raised or would like any advice about making a Will, you can contact Ann-Marie on 07876 526799 or email annmarie@stanfordlegal.co.uk.