When can company directors be personally liable? 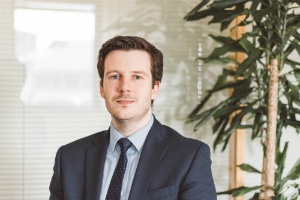 Oberholzer: ‘limited’ is not a blanket protection

The recent High Court case of Antzuzis & Others v DJ Houghton Catching Services & Others [2019] EWHC 843 (QB) is a stark reminder of how company directors can be personally liable for their acts. DAS Law Solicitor Andrew Oberholzer explains…

The claimants in the case were chicken farmers who worked for DJ Houghton Catching Services Ltd (D1). They were Lithuanian nationals and claimed that they had been required to work in an exploitative manner by D1.

The claimants had been expected to work excessive hours, did not receive the minimum wage, were paid less than the amount stated on their payslips, did not receive holiday pay, and were not allowed to take time off for bereavement. These serious breaches of their employment rights were caused by the Director and Secretary of the company, and the High Court went on to find that not only was D1 culpable, but that the named individuals were also liable for the wrongdoings.

Here the High Court revisited the law concerning the question of when officers of a company can be held personally liable for torts committed ostensibly through a company. The court clarified the test to be adopted, namely: Directors will not be liable for the acts of their company, if in their capacity as directors, they are not in themselves in breach of any fiduciary or other personal legal duties owed to the company.

Courts and Tribunals will therefore need to examine whether a Director is acting within, or outside the remit of their contract, and also if acting in that manner is aligned with, or contrary to the interests of the company. If it finds the latter in response to these questions, a director will fall foul of the test. That director’s action will not be considered to be bona fide, which will invite personal liability – allowing a third party to sue them as well as the company for a loss.

But not all contractual breaches by a director will have this result. The High Court identified the duties in sections 172 and 174 Companies Act 2006 as being a suitable guide to assess if a director’s breach is sufficiently serious. It then drew an analogy between a director who deliberately breached the terms of a contract with a supplier by failing to pay a bill on time, to protect his company’s cash flow (no personal liability), and a director who uses horse meat instead of beef in burgers because it is cheaper (personally liable). The latter breach opened the company to a degree of reputational loss which it may never recover, and would have also breached a number of statutory provisions; as such, the conduct was sufficiently seriously to mean the director failed to act bona fide to the company.

In this case the Defendants had failed to comply with the National Minimum Wage, and did so with intent, and this factored into the Court’s decision; however, the Court ultimately found it was more the fact the Directors had wrecked the reputation of the company in the eyes of the community which rendered their conduct as falling outside the scope of their authority, and contrary to the interests of their company. The Court concluded the desire to maximise the profits of the company in the manner in which they did, were neither in the interests of the company nor its employees.

The case highlights an important consideration for both claimants and respondents – that of determining the most appropriate party in a case. It may be thought of as preferable for a claimant to issue against both an individual and their employer as the liability may then be shared jointly between the two. The  thinking here is that if one cannot pay the debt the other will have to, in terms of enforcing a judgement – particularly useful if the company is insolvent. However in tactical terms this is a delicate question to address, because naming directors when they are clearly not liable will open a litigant to costs.

Nevertheless, this should serve as an important reminder to directors of companies that ‘limited’ is not a blanket protection, and they will not be able to hide behind the name of their company to escape liability if it can be argued that they have acted without authority, and/or against the interests of the company.