What can conveyancers expect in 2020? 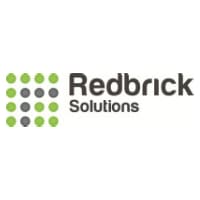 The conveyancing industry has been put through its paces in the last few years and has been subjected to many changes. This uncertainty shows in last years’ conveyancing and mortgage data where continued political uncertainty has had a real impact on the house buying market.

The latest UK Finance Mortgage Trends data reveals that it was a challenging 2019 for conveyancers and the property industry as a whole. The data found that 30,620 new first time buyer mortgages completed in November 2019, nearly 11% fewer than in the same month in 2018 and there were almost 11% fewer homemover mortgages for November 2019 compared to 2018. In addition, in terms of new buy-to-let home purchase mortgages completed, there were 6,300 completed in November 2019, 4.5% fewer than this time last year. John Phillips, National Operations Director at Just Mortgages, states “These figures are evidence, if any were needed, of the damaging effect of political uncertainty on the market. Completions falling by ten per cent year on year, for first-time buyers and home-movers alike, is a sure sign of people holding off on making big decisions. Since these figures were collected, of course, there’s been an election and there’s a much greater sense of direction after what seems like an eternity of drift and delay. We’re already seeing a strong start to the year and confidence beginning to return to the market. There’s a real sense that people are putting the whole Brexit issue behind them and getting on with their lives.”

Rob Houghton, Chief Executive of reallymoving, said: “A forecast of continued positive annual growth confirms that the market is performing consistently more strongly than twelve months ago and consumer confidence in the housing sector is growing. But despite the UK’s departure from the EU, there are still many questions about our future relationship which will deter buyers who don’t need to move urgently, curbing the potential for strong price growth during 2020. Those who are hoping for a ‘Boris bounce’ in house prices in March as a result of sales agreed straight after the Conservatives’ decisive election victory in December will have to wait a little longer. It’s likely that Christmas put a dampener on any immediate post-election flurry of activity from buyers, but we may see the delayed impact of this activity in January reflected in house price growth later in the spring.”

The most recent figures from Nationwide provide evidence of a post-election upturn. The latest figures show UK house prices rose at their fastest annual rate for 14 months, with an increase of 1.9% in January 2020. Most commentators predict that house prices will rise by 2% from the start to the end of 2020.  The number of people looking to buy increased in January, as did the amount of homes for sale, according Royal Institution of Chartered Surveyors (RICS).

To further support the evidence that optimism is slowly returning to the market, the latest survey from the Royal Institute of Chartered Surveyors (RICS) has found that the market confidence indicator rose to 35% in Q4 of 2019 suggesting that an end to political uncertainty is providing the market with much needed confidence. In addition to this, Simon Rubinsohn, RICS chief economist, said: “The signals from the latest RICS survey provides further evidence that the housing market is seeing some benefit from the greater clarity provided by the decisive election outcome. Whether the improvement in sentiment can be sustained remains to be seen given that there is so much work to be done over the course of this year in determining the nature of the eventual Brexit deal. However, the sales expectation indicators clearly point to the prospect of more upbeat trend in transactions emerging with potential purchasers being more comfortable in following through on initial enquiries. Given that affordability remains a key issue in many parts of the country, the shift in the mood-music on prices is a concern with even London expectations pointing to a reversal of both over the coming months and looking further out. This highlights the critical importance of the government addressing the challenge around housing supply particularly with the gradual phasing out of the Help to Buy incentive.”

With this Conservative Government set to hold power for the next five years, the increased level of political certainty is welcome, however, the Brexit question is still unanswered and so the hoped for ‘Boris Bounce’ may be a bumpy one. Given a challenging 2019 and uncertain 2020 it makes sense to partner with Redbrick Solutions, a conveyancing case management provider who can help make your firm more efficient and enable you to take on more conveyancing matters without increasing overheads.