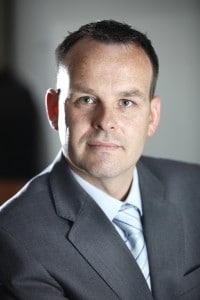 [1]With the Professional Indemnity Insurance renewal season upon us, Paul McCluskey, Head of Professional Practices at Lloyds Bank [2] Commercial Banking, explores what businesses should look out for when renewing their policy.

With Professional Indemnity Insurance (PII) renewal season underway, the search for new policies is a hot topic for discussion as the yearly deadline approaches.

It’s often the case that the best deal in terms of price can prove more costly in the long-run, with many cheaper policies not providing the robust cover you may need in the event of a civil liability claim.

Put simply, if an offer seems too good to be true, the chances are that it is. It’s certainly my view that firms, increasingly, should spend sensibly and not cut corners when it comes to PII to ensure you can sleep more soundly at night, in the safe knowledge that your policy is watertight enough to withstand any eventuality.

A survey conducted earlier this year by the Law Society analysed firms employing up to 25 practitioners, to uncover which risks are perceived to have the biggest impact on PII premiums.

The results show that almost a third of those surveyed feel that the increase in conveyancing is impacting most on the cost of PII. Unsurprisingly, the responsibility to report to insurers about issues which could cause a claim arise ranks highly as a factor, with more than a quarter claiming this factor had the largest effect on their premium.

Other respondents hailed the increasing number of fee earners, complaints, and staff numbers among the most pertinent issues affecting PII. However, I was certainly surprised to see that cyber-crime did not rank among them, and I have my suspicions that this outlook may be different in future editions of the report.

The legal sector is increasingly falling victim to a number of different scams as fraudsters look to obtain not only clients’ information, but their money too. It’s because of this that insurance companies are now more likely than ever to demand documented proof that firms are taking rigorous steps to protect against this kind of criminal activity.

Steps such as Cybersafe training or securing an ISO27001 quality mark can be effective measures to cover this eventuality, but clearly can incur a cost which can seem prohibitive to some practitioners.

It can’t be stressed enough that this expenditure is preferable to the true cost of having any PII claim rendered invalid due to not having these measures in place. As well as the financial implications of an unsuccessful claim, there’s also a reputational issue, with a fraud loss involving a client almost certain to lead to the suspension of their account.

The result, in this scenario, would inevitably be a demand for funds which you simply do not have. In the event that your firm survived such an occurrence, it’s likely that future premiums would be steep enough to effectively render the form non-viable.

Essentially, it’s a cautionary tale which underlines the importance of not simply settling for the cheapest PII deal, and taking the time to ensure that you pick the insurer which offers the best deal to suit your individual needs.

With this in mind, it’s heartening that the latest survey results show that the cost of a deal is deemed less important than ever before when it comes to taking out a policy, with just 29 per cent of respondents claiming it is their number one factor when making a decision, compared to 59 per cent in the previous year.

One thing that remains certain is that your premiums must be paid for, and it’s certainly wise to turn to trusted advisors to offer support, such as a hire purchase facility. We offer such a service at Lloyds Bank with funding of up to £25,000 on an unsecured basis and with a seamless renewal process, too – something that’s certain to also help you sleep a little more soundly at night.

To contact one of our Lexcel trained advisers for more support visit lloydsbank.com/solicitors