One of the most contaminated sites in Europe is to receive a multi-million pound clean up in the hope of creating thousands of jobs for the West Midlands. Chris Taylor, Commercial Director from Future Climate Info [2] reviews the remediation challenges as part of an extensive regeneration programme.

The land in Walsall, between M6 junctions 9 and 10, has been chosen by the West Midlands Combined Authority (WMCA) [3] to be cleaned up and turned into an industrial park.

Spanning 44 acres, the site has been derelict for more than 20 years and an eyesore for motorway users. It was even considered for Opencast mining as one solution in its long and chequered history after the headquarters of James Bridge Copper Works was closed in 1999.

Known as the Phoenix 10 Scheme [4], the investment is thanks to a deal between the WMCA, Walsall Council [5] , Homes England, the Black Country Local Enterprise Partnership and Henry Boot Development. It is one of the key projects now going ahead through the Land and Property Investment Fund [6]. 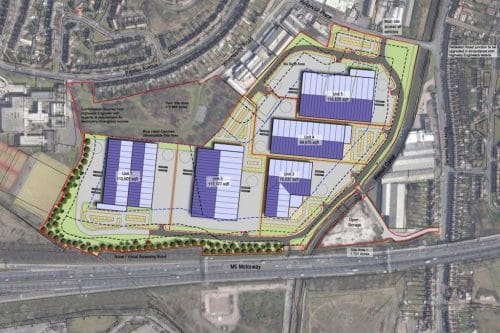 The development is set to provide around 620,000sq ft of employment floor space across the site. It is expected to create around 1,000 temporary construction jobs and more than 1,100 full-time jobs once completed and occupied.

In parallel, the nearby Walsall to Wolverhampton rail line is set to be re-opened, with new stations at Willenhall and Darlaston – helping to unlock further derelict land for industry and housing in the Black Country Enterprise Zone sites.

The site, which is currently jointly owned by Homes England and Walsall Council, is the largest potential employment site in the Black Country and one of the largest brownfield [5] employment opportunities in the West Midlands. 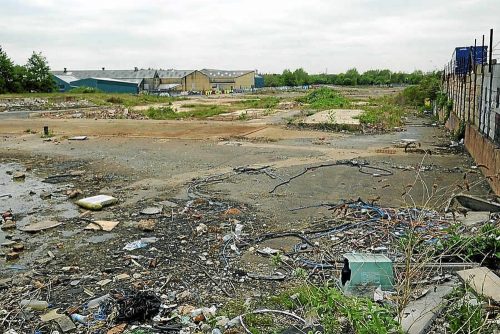 The site is surrounded by development and infrastructure. The eastern part of the site is bounded by West Walsall Academy, with a park and light industrial units to the north. The Walsall canal bounds the southern extent of the site with the M6 situated along the western boundary.

The western portion of the site will be subject to the remedial works for the site. However, no development is proposed on this land parcel.

Concerns have been raised in the recent past from local residents about sensitivity to local community and college about compounding air quality issues from the nearby M6 motorway, plus dust and movement of contaminants and gas migration from the soils.

It is clear from the report submitted to Walsall Council however that the site is a complex one in terms of sensitive receptors:

There are areas of in-filled land and made ground to depths from 2 to 12M comprising a mixture of domestic refuse; reworked mudstone/clay with some ash and demolition materials; and ash, clinker, slag and demolition waste. There are also deeper areas of Made Ground, which include waste materials from the former refinery operations.

Heavy metals, hydrocarbons, cyanides and asbestos are in excess of those permitted for commercial/industrial end use, but are confined to ‘hotspots’.

Elevated levels of Heavy metals are present in the groundwater, especially in two separate layers of ‘worked-out’ coal seams where the impacts are greatest. Ground gas from the coal seams is not anticipated to be an issue.

To the west of the M6 there is a further area of infilling but with waste materials from the former works itself. The landfill is up to 11m in depth with the waste comprising slag, sludge, pressed effluent, asbestos-cement and scrap rubber. It is located adjacent to and raised at a higher elevation than the adjacent River Tame and has an overflow discharge to this water course.

A redundant Toe Drain runs parallel with the watercourse and historically was used to control leachate emerging from the face of the landfill. Unsurprisingly, groundwater is impacted within both the superficial river valley deposits and in the Coal Measures and represents an on-going risk to surface water quality.

BWB have recommended a comprehensive, multi-faceted strategy, which involves the following elements:

The strategy will be subject to further assessment and agreement with the Planning Authority and Environment Agency as part of the planning submission process.

A hybrid planning application – part full and part outline – for the site is expected to be submitted during the summer.

It will cover the demolition of the existing buildings, site remediation and creation of development platforms, as well as outline application for development of employment buildings – including landscaping and open space – internal roads and footways, parking and service areas, balancing ponds and associated utilities and infrastructure.

Work on cleaning up the land is expected to start in 2020. A key aspect of the remediation will not only be the contaminant removal but also the complex interrelationship between groundwater, surface and drainage water, the recreational uses and ecological impacts along the canal.

Should sustainable drainage systems (SuDS) also be deployed in the final development design, as is now being increasingly demanded, this will further strengthen the requirement to cap, contain or remove the threat of contaminant transmission. These are all key factors in any holistic approach to environmental impact and the remediation strategy that is delivered.

We will update you on progress as the site remediation gets underway.