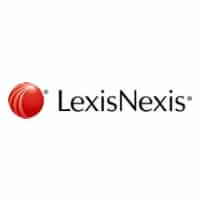 In a statement from Ban Ki-moon, the eighth Secretary-General of the United Nations, he said,

“I’d like to commend Mike Walsh on his award from the United Nations Foundation for Global Leadership in advancing the rule of law around the world. Mike and the committed team at LexisNexis have been at the forefront of using their core competencies as a business, innovation, and creativity to strengthen the rule of law in the 130 markets where the company operates. Mike is a leader who understands that societies without a predictable legal framework are societies where people do not invest in their future, or the future of their country, and that businesses do better when the world does better. He’s shaped a powerful mission for LexisNexis to advance the rule of law for a better future and to support peace and progress as a result.”

“I’m honoured and humbled to receive this award from the United Nations Foundation and accept on behalf of the dedicated people of LexisNexis,” says Mike Walsh, CEO, LexisNexis Legal & Professional. “Our mission to advance the rule of law makes LexisNexis a special company and place to work because our people can see the clear connection between advancing the rule of law and creating a better society. Five billion people in the world today live outside the umbrella protection of the rule of law, making them vulnerable to human rights abuses, violence and conflict. We’re working with customers, businesses and organisations like the United Nations to strengthen legal infrastructures and support advances in the rule of law that will improve lives.”

LexisNexis has been strongly committed to advancing the rule of law through its core operations by strengthening equality under the law, transparency of law, independent judiciaries, and accessible legal remedy. The LexisNexis global legal and news database contains 109 billion documents and records providing transparency into the law in more than 130 countries. The company also provides legal materials and training for courts in more than 100 countries. LexisNexis has helped mobilised the business community to proactively engage in the rule of law with projects such as the United Nations Global Compact’s Business for the Rule of Law Framework (B4ROL), and joined with the International Bar Association to launch the eyeWitness to Atrocities app in support of human rights. In 2017, the company received the Corporate Leadership Award from Freedom House and its Global Legal Department won the Financial Times Innovative Lawyers Award for advancements in the rule of law. In 2019, the company established the LexisNexis Rule of Law Foundation to help build legal infrastructures and solve deep-rooted legal challenges.