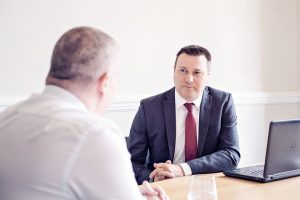 A recent survey amongst eight countries has revealed that a UK based financial services firm suffered the largest financial loss following a cyber-attack last year.

The Hiscox Cyber Readiness Report 2020 found that amongst the eight countries surveyed, a financial services firm in the UK lost £71 million. Its findings also revealed that the highest loss relating to one cyber event was also in the UK with a professional services firm losing £12.7million.

Kingsley Hayes, managing director at data breach and cybercrime specialist Hayes Connor Solicitors, said: “It is disappointing to see that the UK is lagging behind other western countries with cybersecurity evidently not being prioritised by businesses. The reported losses are significant and dwarf the level of investment required to prevent incidents from taking place in the first place.

“While the UK reported fewer cyber events last year than most of the countries surveyed, the severity of the attacks is clear from the financial impact suffered. The cost of a cyber incident cannot be fully quantified as the reputational damage and potential loss of revenue will not be included in the figures reported.

“There are green shoots however, with evidence that investment in cybersecurity is rising with the UK allocating 10% of IT budgets to enhance robust measures compared to 13% in Ireland, 12% in Belgium, 11% in Germany and 9% in France, the Netherlands, US and Spain.”

The report found that businesses were more at risk of a cyber attack than either fire or theft and that total losses had risen by 50% to nearly £1.4 billion during 2019. The portion of businesses targeted however, had decreased from 61% to 39%.