Rolls Royce is a major aeronautical and engineering manufacturer and employer across Derbyshire. As it has grown and changed through the years, it has left its industrial footprint across a number of now redundant sites, which are now coming up as development opportunities.

One of the largest sites is the former main works site in Nightingale Road, Osmaston.  Rolls-Royce moved to Nightingale Road in Osmaston, Derby in 1907, where they built the Silver Ghost car, dubbed “the greatest car in the world”. Manufacturing continued here until 2007, when the firm moved to other areas of Derby. 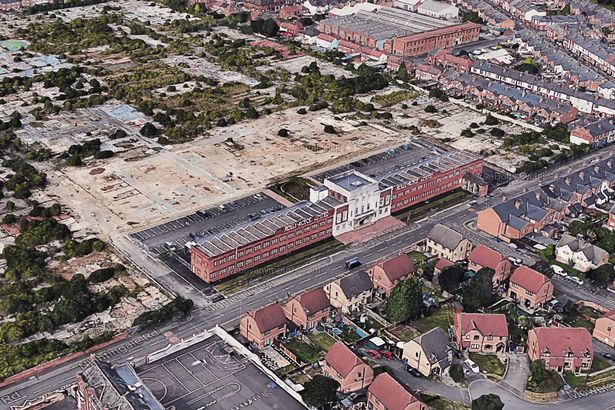 The site has been offered by the firm to be transferred free of charge to the developer Keepmoat Homes on behalf of the Osmaston Regeneration Partnership, which is a joint venture with Derby City Council.

However, a Council report has revealed that high levels of contamination will make building homes there “abnormally” expensive, affecting its financial viability and completion date.

The Council Environmental Protection Team has outlined the extent of the pollution on the 8.9ha plot, including: metals and PAHs in the uppermost 0.5m of made ground; a suspected asbestos sheet; hotspots of cadmium, mercury and naphthalene; and significant contamination in several river deposits.

There are plans to build a total of 406 homes on the site in Nightingale Road, which would also feature landscaping, car parking, and the refurbishment of five dwellings.

While expressing concern about the level of the contamination, Derby City Council is keen to support as the application as it will bring much needed housing to the area.

The Environment Agency says that “the proposed development on this site poses an unacceptable risk to the environment” unless a number of detailed planning conditions are included. Without these conditions, it would object to the application.

The city council has already invested heavily in the Nightingale Road area spending £2 million on the regeneration of the grade-two-listed Marble Hall and improvements to Osmaston Primary School, which is due to be repaid by the joint venture project.

In addition, the council has invested £2.15 million in the Access Osmaston programme, delivering highway and public realm improvements in the area.

However, it says there is still expected to be a “gap in funding” for the project. 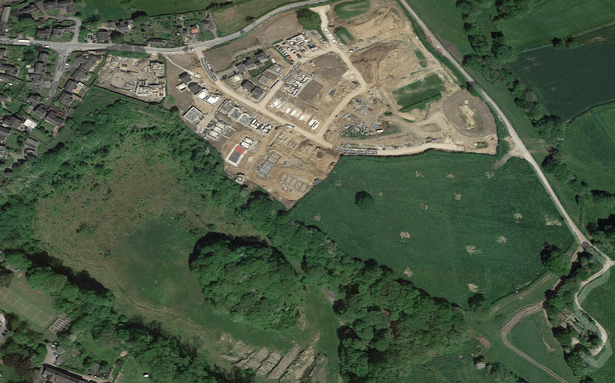 Meanwhile, Final plans for 58 homes near a former Rolls-Royce radioactive waste dump in the Derbyshire village of Crich are set to be decided.

The properties off Roes Lane form the second and final phase of a wider scheme for a total of 171 houses, submitted by Harron Homes.

It is thought the scheme, which borders the former Hilts Quarry and a disused refuse tip, involves an overall investment of £13 million.

A review of historical maps shows how the town of Crich has steadily migrated eastwards towards the quarry site. Maps from 1884 clearly show Hilt’s Quarry and Old Quarry, which in turn had also expanded by 1921.

Hilt’s Quarry closed in 1933. Rolls-Royce had used the quarry to dump low-level radioactive waste such as enriched uranium, cobalt-60 and carbon-14. Following a campaign and blockades by villagers in the Crich and District Environment Action Group, dumping ceased in 2002.

In 2004, the Government backed an Environment Agency document banning further dumping, and Rolls-Royce was required to restore and landscape the site. It was last used by Bardon Aggregates who closed it in 2010 after finding the limestone was contaminated with a substance that discoloured it.

In the original planning application, put forward by Gladman Developments and assessed by Peter Brett Associates, it was found that the main risks posed to future residents would have been by contamination of groundwater and the release of radon gas.

Concerns had been expressed by local residents that development work to the east of the dump could disturb the radioactive waste, which they acknowledged Rolls Royce had invested considerably in to contain. In submissions to the application, residents were especially concerned that by digging down to put in a sewerage system this could act as a key transmission route.

But the report found that the area, which already has an elevated level of natural radon, would not be affected by the landfill, though radon protection will be needed on new houses.

Construction has already started on the first 113 homes. Initial approval for the remaining 58 homes was given the go-ahead by Amber Valley Borough Council in April 2017, but now the plans have returned for a final sign-off to decide on the layout, scale and appearance of the houses, as well as relevant landscaping.

Gladman indicated in their consultation documents that the site will include balancing ponds as part of a Sustainable Drainage System (SuDS) within the green architecture. A key area of focus will be how the integrity of the quarry margins will be maintained so that they do not encroach on the drainage, especially when a SuDS is introduced.

Clear Insight and Solutions for your Client

These two sites demonstrate how complex industrial legacies can interact with drainage and geology that can enable contaminant transmission.

It is important to get detailed assessment at the earliest possible indication of potential risks. A Commercial Environmental Risk Report from Future Climate Info will provide clear, forensic insight on the site history and its proximity to potentially contaminated land.

Follow-on solutions for complex cases including insurance and remediation solutions can also be tailored based on the site’s unique situation.