Tom Dumont’s overview on “I want to cut my child out of my Will!” 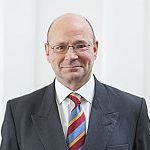 In his Certainty Expert Webinar on 22 September 2015, Tom Dumont, the well-known barrister of Radcliffe Chambers, Lincoln’s Inn, comprehensively answered the questions: how safe are Wills from adult children’s 1975 Act claims, and can we make them any safer?

Tom started with a short re-cap on the main changes to the Inheritance (Provision for Family & Dependents) Act 1975 which were brought into force in October 2014 by the Inheritance & Trustees’ Powers Act 2014: claims are now possible pre-grant, the joint-tenancy 6-month trap has been removed, “child of family” has been given an extended meaning, the divorce comparison is now expressed (unhelpfully) to be neither floor nor ceiling, and the co-habitee exclusion re-defined.

He then explained that children, and in particular adult children’s claims were maintenance and income based, and warned that the 2014 case of Watts v Watts (where the judge would have given one of two adult children half the estate, had she not held the Will excluding that child a forgery) should be treated as unreliable.

He covered the appalling history of the Ilott v Mitson case. More than 11 years since the testatrix died, 3 hearings before judges, two trips to the Court of Appeal, massive costs, no clarity, and no end in sight, with the Supreme Court being asked for permission to appeal.

Judges are clearly very bad at these adult children cases: 3 judges must have got Ilott v Mitson completely wrong: either the three who gave the claimant nothing to £50,000, or the three appeal judges who gave her £143,000 (to save her £900 she had to pay on top of her benefits to rent her house) and a further £20,000 to give the claimant an extra £331 per year.

If we can take any lessons from this sorry tale, other than that the English legal system is not fit for purpose, they are that we check with our clients whether there is anyone who will feel hard done by, carefully record the reasons for excluding them, and suggest that a tempting legacy might be left to that person, which would encourage him or her not to fight the will. That can be coupled with a no-contest clause, which appear to be valid in England (if not in Australia or Canada).

Tom also reminded those listening to the webinar, in what he referred to as a “shameless plug” for Certainty, that wherever costs had been incurred by the parties or the estate in a 1975 Act claim, someone would be looking to recover those costs from solicitors involved.

It is important therefore to ensure that every Will made is registered with Certainty. If the testator’s last Will would have made reasonable financial provision for the claimant, but for want of registration was not discovered until after the costs of a 1975 Act claim had been incurred, the solicitors who did not register the Will (or did not make/respond to a Certainty search post-death) could find themselves liable for those costs.

Tom Dumont is recommended by the legal directories as a leading practitioner for traditional chancery, charities and professional negligence matters. He has been Advocate of the Year at STEP’s Private Client Awards, one of the Lawyer’s Hot 100 and is among City Wealth’s Most Highly Regarded Figures in Private Wealth Management.