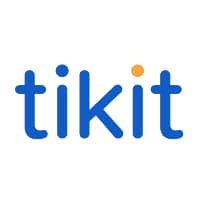 Leading IT influencer Janet Day will head up a new Board to guide Tikit’s future product development.

Tikit, a global provider of technology solutions to legal and professional services firms, is delighted to announce that Janet Day will be chairing its newly formed Independent Product Advisory Board. Led by Day, the new independent board will help Tikit underscore its role as a trusted advisor in the technology investment space.

According to Day: “I want to see Tikit deepening its relationships with firms further as their technology partner of choice. I also want to see Tikit extending those relationships into the wider community within firms, including to other business professionals like those in finance, and adding additional products that are needed in the legal business to its product portfolio.”

Janet is a leading figure in legal IT. She was IT Director of Allen & Overy, then Director of Technology and Infrastructure Services for Berwin Leighton Paisner. Last year she won the NetLaw Media “Lifetime Achievement Award” in recognition of the influential role she’s played in driving the evolution and success of legal technology in a career spanning more than 40 years.

Janet sees now as the perfect time for Tikit to launch its Independent Product Advisory Board. She observes that software has been integral to reducing costs and increasing client value for firms since the 2008 financial crisis. However, she says, “The era of cost cutting and becoming leaner is at an end. Firms now need a paradigm shift in the use and delivery of information. This’s why now is such a compelling time to look at the products that will help law firms on that journey.”

To help Janet achieve her ambitions in her new role, she’ll be inviting other top influencers and thinkers in legal IT from EMEA and North America to join her on Tikit’s new Board. She says: “I want to convene a group with a breadth of knowledge, understanding and market experience. They will have the weight to know their ideas are being listened to, and the confidence to make recommendations that won’t necessarily match Tikit’s own road map.” She adds: “We’ll be entirely independent and looking to ensure that the products Tikit develops reflect the changing way firms do business in the modern legal world.”

Janet adds that she’s known and had a relationship with Tikit since it first entered the legal tech market in the mid-90s. She says: “Everyone knows that Tikit has continuously made a contribution to legal technology throughout the years.”

Mark Garnish, CTO at Tikit concludes: “The idea of having a Product Advisory Board is new for Tikit and is very exciting for us. The independence of the board is crucial and I am absolutely delighted that Janet has accepted the role of chair. Her experience and contacts will mean she’s able to reach key people in Legal IT from whom we’ll gain invaluable insights into where our products need to go in the future.”