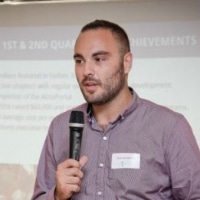 Keep on smiling and waving

Are you playing a role at work? Do you not like the people in your office, but pretend to? Do you recoil when someone else presents at a meeting, but appear to be deeply interested and engaged? Do you come across as friendly, chatty, and with a fun personality but deep down despise the vast majority of your colleagues? Well good news, you might be in line for a ‘Lorraine Kelly’ tax break!

The daytime TV star recently won her appeal against HMRC for an unpaid tax bill of £1.2 million because she isn’t an employee of ITV, but a ‘theatrical artist’ playing a tax-deductible role. But before you start reclassifying yourself as a performer, take a look at how some people reacted to the great reveal that Lorraine Kelly might not actually be Lorraine Kelly.

I think it’s time for a black actor to be given a try as Lorraine Kelly. It’ll upset plenty of hardline fans who’ll say it’s not canon, but times change

And the BAFTA goes to…

And the BAFTA goes to…

If she doesn’t have to pay taxes because she’s playing a cheery character & not portraying her true self, every retail, cafe & public facing worker should be owed back a fair chunk!https://t.co/tSgN9MUAOR

The tide of tax avoidance has crashed down on everyone from global companies and high street brands to celebrities. Offshore schemes, aggressive tax planning and now, with DAC6 having come into force, even cross-border transactions are under scrutiny. Loophole after loophole is closing and what might feel like legitimate tax planning to one person could be considered criminal tax avoidance by another.

Research commissioned by UK tax authority HM Revenue & Customs (HMRC) showed less than a quarter of UK businesses have bothered to assess their risk exposure to the corporate criminal offence of failing to prevent the facilitation of tax evasion. Even more shocking is that only 8% of UK companies have carried out Criminal Finances Act training. Training is one of the key principles underpinning a defence against a charge of criminally facilitating tax evasion.

So before you start classifying your smiliest, chattiest workers as theatrical performers or shopping around offshore locations to re-incorporate your business, make sure you have trained your staff on tax evasion risks.

Nick Henderson is Director of Course Development at VinciWorks and has played an important role in developing VinciWorks’ most interactive and customisable courses, such as AML: Know Your Risk, MyStory: Harassment and Bullying at Work and GDPR: Privacy at Work. Nick is a policy expert with a background in public, voluntary and private sectors and has expert-level knowledge across a wide range of areas.