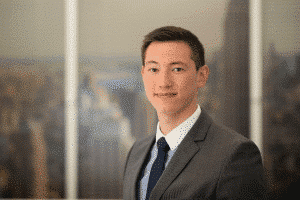 The ‘gig economy’ is never far from the news. Here DAS Law Solicitor John Griffiths explains where the term comes from, what it means, and how businesses can help themselves today when it comes to clearly defining the status of their people…

“For many, the days of CV writing and interviews are gone. Now it is a case of a digital visit to the App store, with the commute replaced by firing up the chosen app over breakfast. And there are no concerns about making a good impression with a new boss, algorithms don’t judge your small talk or choice of footwear.

Welcome to the gig economy.

Defined by the Department for Business, Energy and Industrial Strategy as “the exchange of labour for money between individuals or companies via digital platforms that actively facilitate matching between providers and customers, on a short-term and payment by task basis” the gig economy is associated with flexibility, convenience, and opportunity – and now employment disputes.

This emerging workforce gained huge momentum through digitisation and in 2018 it was estimated by Wired Magazine that around 1.1 million people in the UK are considered gig economy workers, and this number is predicted to keep rising. And the question of whether this is a resource that is being intelligently utilised or exploited depends of course on your perspective.

Central to this type of work is the already complicated area of employment status. Employee? Worker? Self-employed? Self-employed plus? No, I didn’t make that last one up, that’s now a thing – more on that below. Whichever of these labels is attached may come with a host of employment rights, or lack thereof, and various other considerations from a legal perspective.

The default position – and this was certainly the perception of employers – was that the gig economy was a group of self-employed people picking up ad hoc work at their discretion, however this came to be disputed as this type of work grew in popularity. But the run of legal challenges on employment status in recent years have highlighted the significant risk that individuals hired as ‘self-employed’, may be actually be considered ‘workers’.

The outcome of cases in this area are highly fact-sensitive, making them unpredictable. That being said, recent trends do show that individuals engaged as self employed contractors in the gig economy are increasingly finding themselves relabelled as workers, gaining rights such as holiday pay, sick pay and minimum wage.

Since 2012 there has been a steady stream of cases on this subject making their way through our legal system. OK, more accurately for a long time it was the same case heard at ascending levels, with the Supreme Court eventually in June 2018 upholding a decision that an engineer at Pimlico Plumbers should be deemed a worker. And in other high profile decisions in recent years, cases involving a CitySprint cycle courier, an Addison Lee driver, and Uber drivers were all decided similarly – these were ‘workers’.

Was the Gig up? Not entirely. Contrary to this trend, in November 2017, the Central Arbitration Committee (CAC) decided that Deliveroo cyclists were ‘self-employed’. This has since taken been taken to the High Court where the decision was upheld. The crux of this decision lay with contractual substitution provisions. The courts are aware of the fact that some contractual substitution provisions are shams designed to avoid granting entitlements. In this case however, evidence was shown that riders could (and did) give out their password details enabling substitutes to provide the service on their behalf.

One significant player in this space has adopted a creative approach to providing some clarity by creating a new class of arrangement, dubbed the ‘self-employed plus’. Courier company Hermes devised the new classification following a deal with the GMB Union, who won a case against Hermes in the Employment Tribunal in June 2018. The outcome was that the ‘lifestyle couriers’ (couriers who deliver on a flexible schedule using their own vehicles) were to be deemed ‘workers’.

Under this new status, an individual can opt in and gain the benefit of paid holiday and fixed pay rates, and full GMB Union representation. In exchange for this security, new couriers must follow Hermes’ pre-prescribed delivery routes. But individuals also have option to opt out, and continue to earn a premium rate for certain jobs but forgo basic workers’ rights, such as the national minimum wage, holiday and sick pay.

So what can employers do? There are certainly steps employers can take to help indicate that the status of a person carrying out work for them is that of ‘self-employed’. I’d suggest that these include:

Keep these factors in mind when assessing your workforce/relationship with your client or employer and it will put you in good stead when making an educated assessment of the scenario.”