Terrafirma feature on BBC’s The One Show

Terrafirma’s CEO and Founder, Tom Backhouse, recently travelled to St Albans to film with BBC The One Show. Using new and emerging technologies, such as satellite observation and data modelling, Terrafirma can peel back time, and the ground, to reveal what lies beneath. 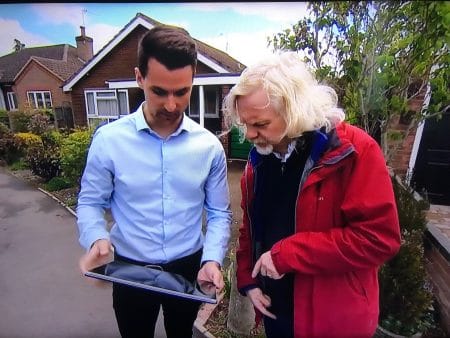 The feature shows residences who have been evacuated from their homes due to collapsed chalk mines in St Albans. Tom explains that the recent wet weather could have caused the subsidence in the area; “Increasing wet winters raise the water table and saturate the ground. Here the problem is an ancient chalk mine. Some date back to Roman days. The water seep into an existing cavity over many years and eventually the cavity expands and grows until it collapses the ground above, then we suffer the consequences.”

The recent sinkhole at Cedar Court is not the only well-known sinkhole in St Albans. In 2015, a sinkhole made global news when it opened in Fontmell Close. The sinkhole was caused by the collapse of a mine shaft, cut deep into the chalk below 19th Century clay pits. Almost 200 years ago, this area was not a quiet residential street, it was a hub of activity, quarrying clay and mining chalk for a local brickwork. It is this forgotten mining legacy beneath our feet that can sometimes cause these huge sinkholes to appear, like it did here.

Tom says; “In the UK, thousands of properties are already built on top of, or very near to potential sinkholes. Insurers lost an estimated three billion pounds from floods in 2007 and this is where Terrafirma can help; it is now becoming possible to predict where sinkholes might appear before they happen.”

Sinkholes can appear through natural or man-made activity. The One Show also features Ripon, North Yorkshire; ‘The UK’s Sinkhole Capital’ where gypsum, a highly soluble rock is found. The red dots on the image below of Ripon indicate where the ground is moving downwards and if this coincides with old quarries and mines. Using new technologies, Terrafirma can proactively identify and investigate these hotspots before they collapse. 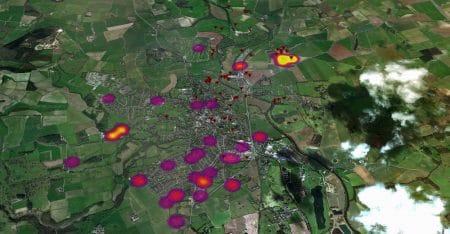 The map below shows sinkholes littered across the UK that companies including Terrafirma continuously monitor. There can be between 700 and 1000 a year and although many are in the countryside, you’ll see many around urban areas and therefore often impact upon property and business. 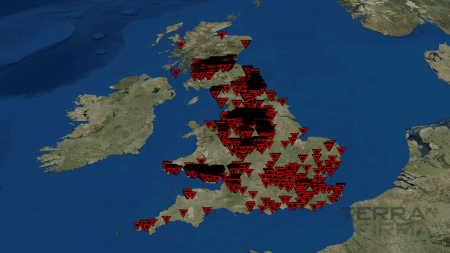 Terrafirma’s team of expert geologists, engineers and scientists are widely recognised across property, insurance and financial risk sectors as pioneers in ground and sub-ground data, information, and risk assessment solutions. More information can be found on the St Albans and Ripon case studies that were featured on The One Show on our blog page at: https://www.terrafirmasearch.co.uk/whatliesbeneath

This isn’t the first time Tom has featured on TV or radio, after the success of a BBC radio segment and Sinkholes series, Tom and Terrafirma criss-cross the UK exploring case studies of where mining and natural sinkholes have caused disruption and even death. Tom pursues an ambition of changing the way in which we perceive, identify and act upon environmental risks to better manage and resolve the problems that are increasing in occurrence and importance across the UK.

“Environmental hazards are a specialist area of expertise and relying solely on data and regional knowledge is not enough – data needs professional interpretation so that professionals and the public alike are armed with the best advice upon which they can act accordingly” – Tom Backhouse, CEO and Founder of Terrafirma.

For more information and advice, please contact our team of experts.