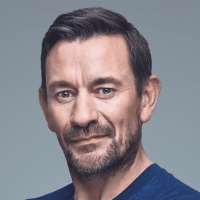 Specialists at the multi-claimant firm believe that 3,600 former military personnel may have been affected and could have lost thousands of pounds, if not all of their pension, as a result of the scandal.

Mark Kenkre, head of investment fraud and mis-selling at Keller Lenkner UK, explains: “Between 2013 and 2015 thousands of military personnel were provided with advice by unregulated sales people, or overseas companies, advising them to transfer their valuable military pensions into unregulated, and unsuitable schemes.

“We know that the risks and potential losses involved would not have been clearly explained as it is unlikely that these individuals would have moved their secure, and valuable, pensions elsewhere with the benefit of this information.

Commenting on the scandal, Ollie Ollerton said: “There is no better pension than a UK military pension. They are robust, reliable and stick with inflation. The military community has been infiltrated by fraudsters.”

Mark Kenkre continued: “Ollie Ollerton understands the sacrifices made by military personnel throughout their career and is as passionate as we are about raising awareness of the scandal.

“Some military staff may not be aware that they have potentially lost thousands of pounds, particularly if their current pension appears to be doing well.

“Our campaign seeks to deliver redress for individuals who deserve to enjoy the full benefit of a military pension and who have been prevented from doing so.”