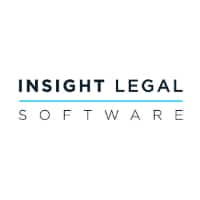 Gabriel explains that the trigger that led to consideration of a new IT system was notification from Stanmore’s existing supplier that support of its Videss V9 system would be coming to an end. He said. “We received the letter in 2017. The system was originally installed in 2005 and in recent years it was increasingly cumbersome to operate. For example, frustrations existed that simple reports took far longer than they should to be generated. We reached the view that replacing Videss V9 was an opportunity for the firm to both improve efficiency and to save costs”.

Gabriel has been the firm’s Practice Manager since 2012. He had a thorough understanding of what a new system needed to deliver. He began his research by attending LegalEx in 2017 at Olympia. He went again a year later when it became clear renewed impetus existed amongst the partners to bring about change.

Gabriel knew that any new solution had to deliver as a minimum:

An initial shortlist of five viable suppliers was drawn up and Gabriel made arrangements to see a demonstration of each one and to ask questions. Some of the demos were face-to-face, some over the internet. The shortlist was whittled down to three, of which one was Insight Legal.

As final deliberations were nearing, Gabriel brought together a small committee of two partners, plus the firm’s legal bookkeeper to help make the final decision.

Insight Legal was selected because:

Gabriel recalls some of the small pieces of detail from Insight Legal that went in their favour. One in particular, was Insight’s offer to spread the cost of data migration and staff training over a period of months, to flatten out the expenditure spike.

Testing was rigorous and it was during this phase that an issue came to light regarding an important portion of data that couldn’t be easily ported across to the new system. This was an issue that Insight took away and devised a solution for. It put back the live date, but it was imperative that this data was in the new system – Insight found a way and Gabriel says, “credit to them for that.”
Once the data challenge had been met there was further testing of a trial system. As fee earners began to interact with it, everyone could see it was time to move on and leave Videss V9 behind. It was now June 2019 and time to go live!

Looking back, Gabriel says: “The roll out could not have gone better. Everybody in the firm received their training very early on. This training was done over the internet and was very effective. I was delighted with the way people took to the new system like ducks-to-water”.
He recalls being naturally apprehensive about how it would go, but the response was so positive that within a month the decision was fully vindicated. The advantages of the new Insight Legal system were felt almost immediately. Gabriel continues: “Staff commented how much easier it was to extract information from the new Insight system. The accounts team loved how easy its module was to use. The Senior Partner, who had to request reports and then wait (quite some time) for them, now had management information at his fingertips.”

“Probably the most positive element of the relationship with Insight Legal has been the ongoing quality of the support available. It’s simply excellent,”

Gabriel says. “In a world of call centres, online help pages and chat boxes, it’s fantastic to know that when you need Insight, there is a human at the end of the line ready to help. If they can’t explain the solution, they ‘dial in’ and solve it that way. The value to us is huge knowing that there is no disruption to the running of our business because of IT issues.”

“We know the team at Insight now – it’s great to have that relationship with people and to know we trust them. On reflection it’s one of the advantages of choosing an independent supplier, rather than a corporate one. The basis of our relationship with them is personal and at the end of the day, that’s exactly how we work with our own clients.”