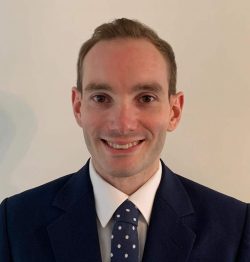 Hudgell Solicitors have appointed John Cuss – the current Vice Chair on the Law Society’s Civil Litigation Section Committee – in a newly created role aimed at ensuring the firm remains ‘ahead of the game’ in an ever-changing legal landscape.

His role will cover areas such as regulatory change, risk, professional reputation and compliance, whilst also providing insights into forthcoming industry developments and reform which may impact upon future decision making and direction.

Hudgell Solicitors are a member of ACSO – The Association of Consumer Support Organisations – with whom Mr Cuss has worked with closely previously. He will help build upon the existing mutually beneficial relationship the firm has with ACSO with the ultimate goal of strengthening the voice for consumers in the civil justice industry.

Mr Cuss says he is delighted to be joining up with former Minster Law colleague Rachel Di Clemente, who was appointed Chief Executive at Hudgell Solicitors earlier this year.

He will work alongside both Mrs Di Clemente, and Amanda Stevens, Managing Director for London and The South, to help plan the way ahead.

“I’m excited to be joining Hudgell Solicitors as it is a firm which has developed an excellent reputation for both providing the very best client service across a number of specialist areas, and for having pulled together a team of experienced and talented solicitors,” he said.

“This has been demonstrated by the numerous high profile national cases it has been involved in over the past year, culminating in being named in The Times Best Law Firms list recently. I have been watching the firm’s development over the past couple of years, so the chance to join was one I was delighted to take up.

“The brief essentially is to ensure that as a business we have a clear picture of where the industry is heading and any potential reform and change which may have an impact on the strategic business decisions taken.

“My role will include ensuring we have all we need in place to be alert to any future changes on the legal landscape that we will need to be able to react to in a timely and considered manner.”

Mrs Di Clemente says the newly created role at the firm has been introduced to ensure it ‘stays alive to opportunities ahead’ whilst also mitigating risk.

She says it is crucial Hudgells remains a law firm which is able to ‘adapt and evolve appropriately to meet market demands’.

“As a business Hudgell Solicitors has never been a legal firm which has stood still and this has been evidenced clearly in recent years as we have expanded into new areas of the country, and new areas of work, whilst maintaining and developing the core services we have always provided,” she said.

“John has established a reputation for providing critical insight into where the industry is heading and understanding the future outlook so he will be a really valuable asset to our business.

“We have seen this year that law firms have to be in a position not only to react to future change, but also change which is quickly and unexpectedly thrust upon the industry as happened during the Covid-19 lockdown.

“Thankfully due to the foresight and investment in recent years, we were able to adapt quickly to remote working and the digital transformation of the courts, and that has actually strengthened our appeal when looking to recruit experienced solicitors across the country such as John.

“We need to be alive to new opportunities and stay ahead of the game.”

Alongside his experience in horizon scanning and insights, technical oversight and strategy, in his earlier fee earning career, Mr Cuss has managed serious injury caseloads including claims with individual damages valuations up to £300,000 as well as assisting on claims up to and in excess of £1m.

He has also handled a small number of general civil litigation claims including for breach of contract/misrepresentation.

As part of his role on the Law Society Civil Litigation Section Committee, Mr Cuss helps promote discussion, best practice and procedure for the estimated 15,000 solicitors working in civil litigation and dispute resolution.