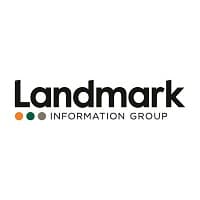 People in Great Britain are still not checking the flood risk of their homes, in spite of increased incidents of flood events across the country. 62% of respondents to a new YouGov survey, which was commissioned by property data company Landmark Information Group, stated that they have never checked the flood risk level of their home.

People in Scotland are the least likely to have carried out any checks with 77% confirming they had never researched their flood risk.  This was followed by those in London (71%), 65% of those in the North West of England and 63% in Yorkshire and Humber.  These figures are revealed only days after more than 100 flood alerts were issued – predominantly in Yorkshire – by the Environment Agency, following a deluge of a month’s worth of rain in just a matter of hours across the country.

The survey identifies that the public is not making flood checks part of the research they conduct when moving into a new home; just 23% of respondents said they checked the flood risk of their home before moving in, with 12% saying they checked afterwards.

People from Wales are the most diligent with 26% saying they looked into the risk ahead of moving, and a further 20% said they researched the risk after moving into their home.

The research went on to identify that there is confusion over who is responsible for protecting a home against flooding. Respondents considered a range of organisations that they believe have a responsibility to protect homes against flooding including the Local Council (62%), the Environment Agency (60%), and Homeowners (if living in the home) (54%). Landlords (if renting the home) (43%), the Government (37%) and tenants (21%) were also cited as being responsible for protecting a home against flooding, with 8% not being sure where responsibility falls.

“With data suggesting that we will witness drier summers and wetter winters in the future, I think it’s important that people are more aware of any environmental risk that may affect where they live or work.  For example, when buying a new property, it’s a good idea to ask your conveyancing professional for information on risks of this nature. In doing so, we can be better prepared, understand where responsibility lies from a protection point of view, and also make sure we know what resilience and recovery steps can be taken should a flood event happen.”

Mary Dhonau OBE from the Know Your Flood Risk campaign added, “Being flooded is the most appalling experience; to have your home annihilated by filthy water is truly devastating. It is something that can take years to recover from. We have seen the misery being flooded has caused many people already this autumn, therefore knowing your flood risk allows you to plan in advance and take moves to reduce the risk to your home.”

Landmark Information Group provides data, insights and reports to the property industry, including legal conveyancers, estate agents, surveyors, architects and developers on a range of property, land and environmental risks.

Mary Dhonau has produced an extensive Property Flood Resilience e-Book, which contains many case studies that focus on the steps people have taken to make their properties resilient to future flooding. This is available to download for free here: http://edition.pagesuite-professional.co.uk/html5/reader/production/default.aspx?pubname=&edid=659cb024-a5d5-4004-acbf-1d9236228817