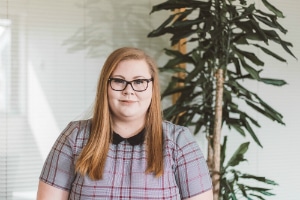 In employment law, awards for ‘injury to feelings’ have historically been permitted only in claims linked to discrimination, whistleblowing, and trade union membership. Nevertheless, due to a recent Employment Appeals Tribunal (EAT) decision, the situation may now have changed. Chloe Bradley, Legal Adviser at DAS Law [1], explains…

What was the case about?

The case in question was South Yorkshire Fire and Rescue Service and Mr D Mansell and Others [2] and it involved a group of firefighters who brought a claim for a working time detriment following the introduction of a new shift system. The firefighters refused to volunteer for the new shift patterns on the basis that they contravened the Working Time Regulations 1998.

They argued that the detriment they had suffered as a result of being moved to other stations included increased journey times; interfered with care obligations; caused loss of leisure and family time; resulted in the loss of existing congenial working arrangements; and disruption to their work patterns and working relationships.

What was the decision?

They succeeded in their claim for a breach of section 45A of Employment Rights Act 1996. In a surprise move, the tribunal held that compensation for non-pecuniary loss, including injury to feelings, was potentially available. In reaching its decision, the tribunal considered:

South Yorkshire Fire and Rescue Service appealed on the basis that the tribunal had no jurisdiction to make that award and that appeal was unsuccessful, with the EAT reaffirming that injury to feelings awards can be made for claims of working time detriment.

What can injury to feelings awards potentially now be made for?

The EAT ruled that damages for injury to feelings can be claimed in any of the possible types of action set out in Part V of the Employment Rights Act 1996 – a far broader list than the previously established position, including:

What’s the take-out for employers? Be ‘nice’?

Not exactly. The consequence is that employers should now be mindful that compensation for ‘injury to feelings’ may now be claimed in far more situations than was previously the case, although it remains the case of course that it’s not a cause of action in its own right. So while it doesn’t exactly give rise to an increased imperative to be more observant of the feelings of employees, if that element is deemed relevant this could now mean that a successful related claim is a little bit more costly, which is worth bearing in mind.