‘Rights on Site’ campaign: Workers fear repercussions of speaking out 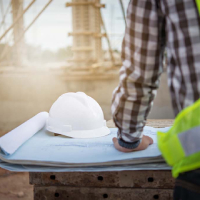 Research from National Accident Helpline has revealed that the fear of repercussions is preventing workers in the construction sector from making claims after suffering from an injury at work through no fault of their own.

The personal injury experts’ ‘Rights on Site’ campaign is highlighting the need for support and guidance for those who have suffered a workplace injury through no fault of their own.

Having helped thousands of people get their lives back on track after an injury in the workplace, National Accident Helpline believes that more needs to be done to support workers.

It is now calling on the Department for Business, Energy and Industrial Strategy (BEIS) and businesses operating within the construction sector to increase efforts to tackle unfair treatment on sites. This comes as the prospect of losing out on future work or experiencing ill feeling appears to be preventing workers from speaking out when something isn’t right.

National Accident Helpline recently commissioned research including discussions with industry participants, exploring the potential barriers to claiming if construction workers were to have an accident that wasn’t their fault. Examples of feared consequences if they were to claim included job loss, a bad atmosphere at work or future employment concerns if news that they’d made a claim got around to other employers.

One focus group participant recalled an incident on site, claiming: “I know of an occasion where a colleague fell through scaffolding which had been altered. Nobody would pay out, so the chap made a claim, and his reputation was damaged.”

It is illegal for employers to fire staff for making a compensation claim for a workplace accident. In fact, a worker who believes their employer has acted in this way has automatic grounds for an employment tribunal. The law recognises that individuals should not be penalised or mistreated for exercising their rights.

While National Accident Helpline encourages construction workers who are part of a union to seek advice from their union, the research reveals that those who are not members require a better understanding of the help and support available to them following an accident on site.

Data shows there were on average 61,000 construction accidents per year between 2018/19 and 2020/2021. But on average, only 71,000 employer liability claims were made across all UK industry sectors per year during this time.

With construction only representing 6% of the workforce, this appears to show a major disparity between the number of accidents happening and workers making claims.

Mark Omahoney, Director of Admire Construction and participant of the focus group, reflected on how the industry climate could prevent workers from claiming: “If there’s a lot of work about, you could bounce to another firm or work for someone else.  But during times when there isn’t much work, you have to approach the situation carefully as it could end up costing you more in the long run.”

Industry data also revealed that despite ‘machines or tools’ being the top workplace risk for construction workers, accidents involving machinery accounted for just 2-6% of reported injuries. One focus group participant, who wished to remain anonymous, recalled an accident where a colleague suffered severe nerve damage after catching his thumb on a rotor:

“His thumb was in a real mess, but he didn’t pursue it because he was worried about losing his job. Eventually he left the company so he may have claimed afterwards – I would hope [that he did] as he wasn’t given training to use it properly.”

An online poll was also conducted to further understand the culture surrounding personal injury claims on a larger scale. It revealed almost half (43%) of British men said if they were in a position to make a claim, that the prospect of getting justice would influence them to go ahead.

Jonathan White, Legal and Compliance Director at National Accident Helpline, said: “The statistics say it all when you look at the number of construction injuries versus the number of overall claims – something just isn’t adding up.

“It’s clear that the fear of a workplace backlash is a daunting reality for those in construction. It’s essential that construction workers know their rights, and don’t feel bullied or shamed into not coming forward about personal injuries they’ve experienced on the job through no fault of their own.

“This is a collective industry issue, and we acknowledge that it isn’t something that will be solved overnight. We’ve launched ‘Rights on Site’ to raise awareness of the problem, clear up misconceptions about claiming and to help right many wrongs.”

For further guidance or to find out more information about the campaign, please visit https://www.national-accident-helpline.co.uk/news/post/tackling-injustice-construction-industry.