Riders on the storm: Flood forecasting and what can be done

After the wettest February on record, storm Ciara, Dennis and Jorge have caused further damage, flooding and devastation across the UK, this winter. The flooding has already caused widespread travel chaos, left over 3000 homes flooded, forcing thousands more to evacuate, and sadly costing the lives of 5 people. On the 17th of February, there were more than 480 flood warnings and flood alerts in place across England, which is the highest ever recorded. Over 3 weeks later, 75 flood warnings still remain in the most severely hit areas in the West Midlands and South Wales, which have been at the mercy of rising flood levels since this period of rainfall began. With more rain expected and several rivers and communities already dealing with catastrophic impact of the floods, the suffering caused by flooding this winter is only going to continue. This is the third time I have written a blog concentrating on major flood events this winter and it is still only the start of March. Unfortunately, this kind of situation is going to become ever more familiar as climate change and human-induced warming continue to increase the intensity and tendency of flood events within the UK. Given that the UK is one of the richest countries in the world, and the huge cost and suffering flooding causes every year, I believe it is only fair to ask why these events keep happening, why flooding is so hard to predict and what can be done? 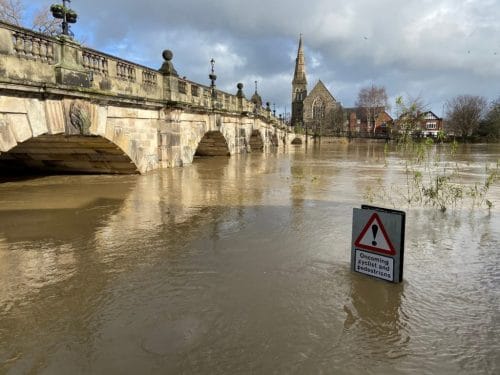 Flood levels of the River Severn in Shrewsbury, Shropshire, in February 2020.

The UK has a lot of natural aspects and features which make it perfect for flooding under the right conditions; changeable typically wet weather, rolling hills, and low-lying plains. Let’s not forget, flooding is a natural phenomenon, it has always occurred, and it always will. Rivers naturally flood and have a flood plain as a result. These are areas which stretch along the banks of a river formed due to both erosion and deposition which experience flooding during periods of high discharge. Over thousands of years we have adjusted these natural features for our own benefit. We have manipulated rivers, polluted them and dammed them. We have destroyed natural flood defences by chopping down trees and have changed the way land and soil can absorb water. Furthermore, as cities expand we look further at flood plains to house our growing population. As flood events increase in frequency and intensity, it is going to impact us, as a population, more and more in the future. Consequently, it is going to be increasingly necessary to accurately predict flooding, and where it will occur, to hopefully find ways to mitigate its effect on us. 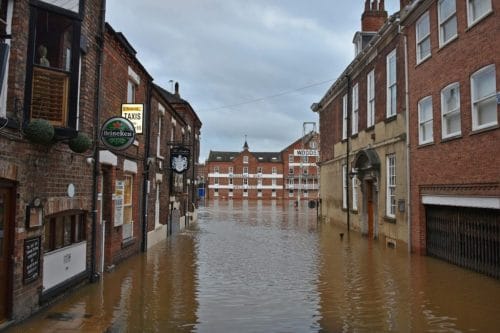 Flood forecasts are used to give advanced warnings about rising water levels and inform stakeholders of any potential risks from flooding in their area. These are used by emergency services, the Environment Agency and local authorities to manage flood events and to mitigate the detrimental effects of flooding. Simply, flood forecasts are computer models which complete millions of calculations, run scenarios and make flooding predictions to forecast where flood events may occur. The technology and expertise in this field has improved dramatically in the past 20 years, a 3-day forecast now is as accurate as a 24-hour forecast from 20 years ago. However, they are far from perfect. Such forecasting models are often publicly scrutinised as it is only when a forecast is wrong, usually during a flood event, when we pay most attention to them and complain, not when they accurately predict the flooding most of the year. Despite the advances in science and technology, forecasting flooding is an enormous and complex challenge. This is fundamentally because flooding corresponds and reacts to the weather, and the weather is inherently an unpredictable system outside of human control.

Flood forecasts utilise hydrological models to determine where a flood may occur. There are multiple ways that hydrological models predict flood events. They typically contain mathematical data of major elements within a water system and are driven by meteorological elements such as precipitation and radiation interacting with vegetation, land surface, soils and geological settings. As you can imagine, these calculations are carried out by very smart hydrologists with even smarter supercomputers. However, bearing in mind the number of variables which these models have to compute, there are billions and billions of different possibilities. They must consider a vast amount of observational data collected from land, sea and air from thousands of weather stations, satellites and buoys across the globe, which produce millions of weather-related observations every day. Then they need to consider how these observations will interact with an area and model how a path of water will travel through a landscape. Therefore, it is a very complicated process, especially as all these calculations, smart hydrologists and even smarter supercomputers are trying to predict something which is inherently unpredictable and erratic, meaning assumptions must be made and errors can occur. A small change in the atmosphere in one location can have a knock-on effect and consequences in another location, over time. Any error that develops could rapidly grow and cause further errors on a large scale down the line. This is of particular importance, as when a large flood event is occurring measuring river flow rates and managing flood conditions are extremely difficult, maybe even more than trying to predict them before they happen.

When you combine the inaccuracies associated with flood forecasting with a fault in infrastructure or a mistake on emergency flood management, flooding can quickly become an alarming reality. Earlier this year, the Environment Agency and government received criticism over the handling of the flooding which affected Fishlake, Yorkshire. The Canal and River Trust also received criticism over the handling of flooding in Worksop, Nottinghamshire, when a sluice gate – a form of flood defence was not opened. In 2019, thousands of people were evacuated from Whaley Bridge because part of a reservoir wall had partially collapsed during intense rain, which led to a RAF Chinook flying in 500 tonnes of aggregate to repair the dam. Such disasters have occurred previously in the UK and in other areas of the world, and this has called for a stricter policy and more rigorous inspections of dams and their discharge capacity to prevent a disaster. 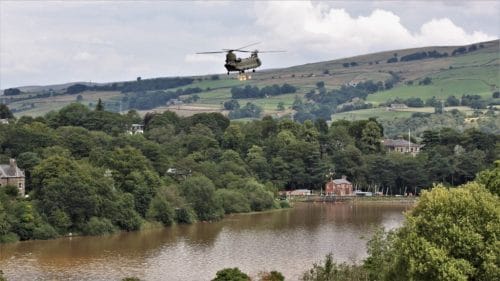 So, what can we do? I know it sounds pretty bleak. However, the government has recently announced that they plan to invest £1.2 billion on a state-of-the-art supercomputer to improve severe weather and climate forecasting. This new supercomputer is designed to more accurately predict severe weather and understand the impacts of climate change. This may help to stem the damage and cost of flooding within the UK, which this winter is estimated to of cost the UK over £7 billion. However, there will always be an element of inaccuracy when it comes to predicting where flooding will occur during long periods rain and storms like storm Ciara, Dennis and Jorge, which are still causing havoc after it first hit the UK over a month ago. Instead of relying on these supercomputers or on emergency flood management during a flood event, maybe homeowners will have to further rely on flood risk assessments to identify whether a property is at risk from flooding when a new home is being purchased. Groundsure provide a comprehensive flood risk assessment which pulls data from numerous authoritative sources to give an interpreted flood insight on all major flood types. It additionally, provides a FloodScore™ (provided by Ambiental Risk Analytics) which examines the fluvial (river), tidal, and pluvial (surface) flooding to the property, and gives a score which indicates the likely availability of affordable insurance. As flooding is going to increase due to human activity and climate change, realistically we are going to get used to flooding being an increasing concern when purchasing a property.

Before proceeding with any property transaction, a number of environmental risks including flooding should be investigated fully. In line with the Law Society Practice Note on Flood Risk, Groundsure’s reports provide a comprehensive assessment of risk, as well as giving a view on the likely availability of affordable insurance, via Ambiental Risk Analytics FloodScore™. As some insurers are currently using the small print in homeowner policies to avoid paying out in this catastrophic time, it is imperative anyone involved with property transactions fully investigates whether flood risk is included within the buildings insurance policy.

Groundsure reports highlight flood risks and can help you make the right decisions when completing property transactions. Check out our Flood and Avista reports for residential transactions, or our Review report for commercial transactions.