Reflecting on 20 years of ATE for DAS 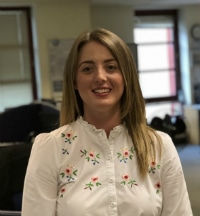 
ATE insurance came into being nearly 20 years ago in the wake of the Access to Justice Act 1999, a piece of legislation which revolutionised the legal aid system in England and Wales. We were one of the first companies to provide the cover and, at first, it was all so straightforward – no initial premium payment required, it was effectively ‘self-insured’, and all of it was written off if the case didn’t win.

It was, however, a completely new development for solicitors and therefore an extraordinarily clunky process with only single risks being considered and all cases assessed individually.

The ATE market soon evolved rapidly into one of high volume, low value, and primarily personal injury cases – which actually provided DAS with the underwriting capability that ultimately led to us providing delegated authority to solicitor firms. Then, when LASPO appeared in 2013, it radically changed the sector again, moving it away from personal injury (although not completely), to become much more centred on clinical negligence.

A key development in the market has been the move from individual case assessments to solicitors firms making key decisions via delegated authority. This has had a huge impact in making the system far more collaborative and efficient, and is something that would have been utterly unthinkable back in 2000.

The transformation of ATE has in fact been little short of remarkable, and it is a perfect example of changes in market circumstances creating a need for a product. Through ATE, scores of injured people who have had their lives turned upside down through no fault of their own, and who lack traditional BTE insurance, now have a way to obtain access to justice and, hopefully, redress.

It’s been a bumpy road of course. ATE has faced repeated existential challenges, weathering a number of market-defining court decisions and changes in the law, many of which had they played out differently would have meant the end for ATE. Rogers v Merthyr Tydfil County Borough Council [2006] EWCA Civ 1134, is an obvious example where the issue of proportionality and the reasonableness of the pre-LASPO premium model were addressed.

But it withstood, and ATE continues to assist customers and law firms in ways that could not have been predicted in 2000. Today, as it has become increasingly more difficult for the average person to afford legal assistance, ATE insurance is now firmly established as an incredibly important funding vehicle and facilitator of access to justice.

The story of ATE is about the positive evolution of a ground breaking, sometimes controversial, but consistently socially important, insurance product.

Here’s to another 20 years!