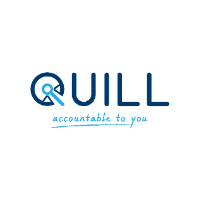 Manchester-headquartered legal software and outsourced service provider, Quill [1], presented a cheque for £3,021 to blood cancer charity, Anthony Nolan, today. The money was generated from a recent fundraiser, the Salford Dragon Boat Race, held on 20th May at Salford Quays.

Quill is well known for its generous charitable donations, having pledged circa £15k over the course of the last two years alone and securing the esteemed ‘Employer of the Year’ accolade by the Multiple Sclerosis Society, partly in recognition of its benevolent activities for the charity.

Quill’s main annual fundraiser this year was in aid of Anthony Nolan, a charity that uses its register to match potential stem cell donors to blood cancer and blood disorder patients in need of stem cell transplants. The charity was chosen because Quill lost its long-serving director, Peter Dye, to blood cancer earlier in the year.

Peter worked with Quill almost since the business was conceived 40 years ago. Upon his retirement, Peter and his wife, Jane, spent their newly acquired leisure time sailing around the world on their yacht. That’s why Quill decided upon a sailing event in acknowledgement of Peter’s passion – life on the water.

Lucy Bailey, Corporate Partnerships and Special Events Coordinator at Anthony Nolan, commented: “We’re eternally grateful to the Quill sailing team for their sterling efforts on and off the water. They’ve gifted over £3k to help us grow the stem cell register and find more matches for people and, for this, we say huge thanks for Quill’s support. Everyone involved should be super proud of everything they’ve achieved in memory of Peter.”

Recounting the racing experience, the co-chair of Quill’s in-house voluntary charity committee, Project QP, and sailing participant, Mike Bates (pictured here holding the cheque), said: “Our two teams were made up of 12 members of staff, myself included, and a wider group of Quill family and friends. Both teams competed in the heats in an attempt to secure a coveted place in the final. Despite fantastic results – we came first, second and third in some of the qualifying races – unfortunately we were a few seconds short overall to make it into the final race. Three seconds, to be exact!

“It was a fun day out, though, and the weather was perfect. In fact, we were nursing sunburn by the end of the day. Thank you to all the people who got behind us. Our fundraised monies will make a huge difference to people like Peter. We’re so pleased to commemorate Peter’s life in this important way.”