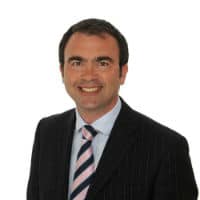 Last week HM Revenue & Customs (HMRC) announced the outcome of their consultation on partnership taxation. Their proposal for new legislation will form part of the second Finance Bill 2017 and is expected to become law in April 2018.

The new legislation aims to remove uncertainty and provide clarity for partnerships. Some argue this will place an increased administrative burden on partnerships which contradicts the key objectives set out by HMRC:

Who is the partner chargeable to tax?

Whilst HMRC relaxed their original proposals they are pushing ahead with legislation aimed at partnerships with nominee arrangements. For regulatory reasons, it is common for partnerships with non-resident partners (NRP’s) to name a UK nominee and the NRP’s profits to be included as one entry on the partnership tax return. The proposed legislation will ensure the ultimate beneficiary of a nominee arrangement are treated as partners for tax reporting purposes and is named on the partnership tax return.

This proposal will increase administration costs for firms, their advisers and HMRC, with no benefit or tax intake. Unless HMRC make significant changes to the reporting provisions of the partnership tax return, a large numbers of NRP’s will need to register for unique taxpayer reference numbers, which can be a lengthy process. We await the detailed legislation to establish whether there is a knock on effect on how firms settle their NRP liabilities and regulatory costs and requirements.

Business Structures that include partnerships as partners

After listening to consultation responses the government has revised its initial proposal.

The revised proposal will not ‘look through’ these arrangements, but firms with a tiered structure may have to prepare computations under additional basis:

Whilst this is still an additional administrative burden for firms we welcome HMRC’s consideration of the consultation responses.

HMRC has recognised that investment partnerships regarded as financial institutions have to report under Common Reporting Standard (CRS) of the OECD.

To prevent double reporting, full details of partners on the tax return will only need to be provided if they have not already provided the details under CRS. Non-financial institutions will continue to report their partners’ details in the usual way.

HMRC has focused on improvements for financial institutions, however, there is still room for improvement in other areas such as changing tax returns to make it easier for partnership statements to be prepared for both income and corporation tax basis; currently only one partnership statement can be prepared. Increasingly urgent is an update to property income and expense reporting with the introduction of FRS 102.

Allocation and calculation of partnership profit

Original proposals did not reflect the intended flexible commercial nature of partnerships and would have given rise to significant additional administration.

HMRC intend to introduce legislation that, in the event of a profit allocation dispute, will consider the rights of the partner affected based on facts available at the time. This will help provide certainty and protection to outgoing partners. Partnerships should place greater emphasis on their agreements. The methodology behind allocation of profits should be accurately documented and applied consistently across all levels of partner. Firms that don’t currently have a robust Agreement in place should ensure that one is put place quickly.

Many firms tend to confirm final profit allocations post year end and after completion of partner performance appraisals, and this process can often take several months. Final profit allocations are often made based on a number of factors, including both the partnership and individual partners’ performance – often referred to as a “balance score card”. HMRC is yet to confirm that this process will not be affected by the new legislation as long as the methodology behind the allocation of profits between partners does not change and is commercially driven.

Overall we’ve seen some improvements and relaxation to the original proposals, however the proposals as they stand risk increasing the level of administration required by taxpayers, their agents and HMRC itself, without substantially improving the status quo.