Post Office Scandal: Lawyers in ‘crucial evidence gathering’ period in bid to have subpostmasters convictions overturned at Court of Appeal 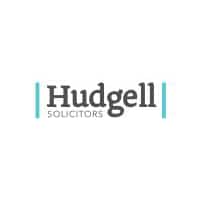 The lawyer representing former subpostmasters seeking to overturn convictions at The Court of Appeal says they are entering a ‘crucial two months’ of evidence gathering to highlight how accounting discrepancies were caused by a faulty IT system.

Neil Hudgell, of Hudgell Solicitors, says his legal team has now been granted a representation order by the Court of Appeal, a move which has initiated an eight week timeframe to prepare details for the court and set out the grounds for each appeal.

The Post Office has identified around 900 cases where subpostmasters could have been wrongly prosecuted for crimes, including theft and false accounting, as a result of errors in the Horizon IT system it has used for the past two decades.

As yet only 47 cases have been sent to the Court of Appeal by The Criminal Cases Review Commission (CCRC) to consider potential miscarriages of justice.

Mr Hudgell is representing 25 of those former subpostmasters, and is also challenging a number of decisions by the CCRC not to refer cases to appeal on behalf of other clients.

“We have been working closely with counsel since cases were referred to advance these appeals as quickly as possible” said Mr Hudgell.

“The campaign to have these wrongful and unsafe convictions overturned is really gathering pace now but we have a lot of hard work to do as we have an eight week timeframe to pull together the grounds for appeal in cases.

“That is a tight turnaround as there is a lot of evidence to be gathered and of course, as many of these cases date back a significant number of years, that could prove challenging with regards to documentation.

“We will be working with all of the people we are representing over the coming weeks to ensure that we have all relevant papers relating to their cases and checking details related to each individual appeal in order to ensure that what is submitted on their behalf is accurate.

“We are also working to support a number of people whose cases have not been referred to the Court of Appeal by the CCRC as we strongly feel those decisions have been wrong and so will be challenging that position.”

Mr Hudgell has welcomed recent increased media coverage of the scandal, and increased pressure from campaigners and MPs who are calling for a Public Inquiry to be held and for senior Post Office figures to face further investigation.

“Finally the scale and huge injustice of this scandal is staring to be recognised,” said Mr Hudgell.

“We have to remember that this is an injustice which cost many hard-working, community serving individuals so much – livelihoods, reputations, liberty and lives.

“The Post Office has said it has identified around 900 cases where there were prosecutions since the introduction of Horizon, which may have relied on Horizon data.

“Until recently, the people who were prosecuted were persuaded that they had been in the wrong and that they had no grounds to challenge that from. The situation has now changed and if you have suffered injustice and not sought to challenge it, the time to do so is now.

“We would like to urge any other former subpostmasters who were wrongfully convicted, or coerced into making guilty pleas to crimes when accounting discrepancies couldn’t be explained, to come forward.

“Although each case will of course need to be judged on its own evidence and merits, given the difficulties in documentation that we may face, the more collective information we have as to how people ended up being convicted of crimes they had not committed can only be helpful to all who are working to deliver justice in this matter.”

Mr Hudgell says he has written to all those he represents setting out potential timescales for their cases, targeting appeal hearings before the end of the year.

“Once we have submitted our grounds for appeal and received a response from the Post Office in each case we will gain an idea of the Post Office’s general position in relation to the appeals,” he said.

“The Court will then want to fix a Directions Hearing to set a timetable, including fixing the dates for when appeals against convictions will be heard.

“Realistically, it looks like autumn at the earliest but we certainly hope to have appeals well advanced before the end of the year.”

The Justice for Subpostmasters Alliance (JFSA) campaign group, in collaboration with Hudgell Solicitors, launched a crowdfunding appeal to support those seeking to take their cases to the Court of Appeal in a bid to clear their names.