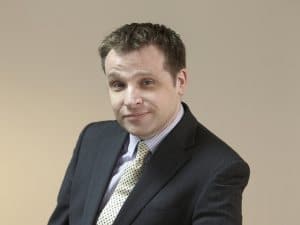 Gordon: ability is the key

Interesting proposals are being made in a bid to make the roads safer in Scotland, potentially banning people from driving if they are considered to be too old, or if they suffer from medical conditions.

Motorists are already obliged to inform the DVLA about several conditions, such as epilepsy, sleep apnoea, diabetes and glaucoma, and are required to surrender their licences if doctors believe it is no longer safe for them to drive.

However, questions are now being asked as to whether the rules go far enough.

Chief Inspector Elaine Logue is keen to pilot a new programme in Aberdeenshire, under which the force would work with the health service more actively to identify drivers who were “unfit” for the roads.

“A lot of people killed on our roads are down to driver error or unfitness to drive. This may be down to medical issues,” she said.

“We need a new, innovative way to deal with this and we are working on this at a command level. One person killed on the roads is one too many.”

Road safety charity Brake has already backed the idea. It has urged the UK government to introduce compulsory eyesight tests for road users after a survey discovered 1.5m drivers in the UK had never had their eyes tested, despite research showing 2,900 casualties were caused by poor eyesight each year.

Spokesman James McLoughlin said: “Driving is one of the most complex and potentially dangerous things many of us do on a daily basis, so it is vital that our health is up to the task.

“There are a whole range of health conditions that can affect your driving, and we would urge anyone who suspects they have developed an impairing condition to refrain from driving and seek advice from their doctor, and the DVLA.

“If you drive impaired you’re risking your own life, and the lives of other road users. Don’t get behind the wheel if you’re not fit to drive – it’s not worth the risk.”

Therein lies the key. Are we able to sensibly assess or own ability to continue driving safely, and more importantly take the action required?

Perhaps many people know their health is not what it should be, or that their eyesight isn’t as sharp as it once was, but how many of us are happy to hold our hands up and surrender our licence?

Being a driver brings freedom and flexibility, something very few are willing to give up without being forced.

As specialists in dealing with spinal injury compensation and serious injury, our team of specialists at Neil Hudgell Solicitors handle a large amount of road accident claims, and in the winter months in particular, there are far too many to not consider changes to the way we manage our road network.

However, simply taking licences off people because of their age may not be an answer.

Research by the RAC Foundation suggests drivers over the age of 75 make up 6% of licence holders, but account for only 4.3% of deaths and serious injuries.

It hardly seems fair to start stopping people because of their age.

Ability is the key, and that is something as drivers that we should all judge ourselves before sitting behind the wheel.