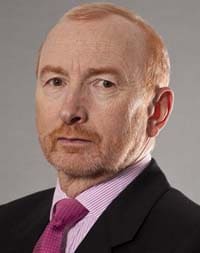 Joe Simpson: retiring after more than 30 years with Irwin Mitchell

The Group Chief Executive of Irwin Mitchell has hailed the pioneering influence of Joe Simpson as the Board member announced his plans to retire at the end of this month after more than 30 years with the business.

Simpson will officially bring to an end his 31-year association with Irwin Mitchell at the end of the leading law firm’s financial year on April 30, although he will remain as a consultant until the summer, and will pursue new opportunities including offers of non-executive director roles outside of the legal sector and working with his daughter to develop her growing business.

His contribution to the firm’s rapid growth in his three decades as a Partner was praised by Group Chief Executive John Pickering, who said Simpson’s role had been vital to the firm’s success and its development of innovative market-leading legal products.

Simpson, who joined Irwin Mitchell in 1981 and is currently a member of its Board and one of its Chief Executives, was instrumental in building the business’ market-leading commoditised legal services offering to major clients and in developing pioneering legal products, and was named as one of The Lawyer magazine’s Hot 100 Lawyers two years ago.

Pickering said:  “Joe has played a major role in helping Irwin Mitchell to become the strong business that it is today and in the growth of our firm over his three decades with us. He has been at the heart of many innovative developments in his time here and has been a popular figure throughout our business who will be missed by many people when he leaves, including myself.

“His standing in the legal sector was confirmed when he was named as one of The Lawyer’s Hot 100, which praised him for his work in developing ‘pioneering legal products’ and described IM as being ‘streets ahead’ of our rivals.”

“I know that Joe has found this to be a very difficult decision but I am also aware that he has been presented with some exciting opportunities outside the business that he would like to pursue. We’re delighted he can stay on for a few months more as a consultant and we wish him well in the new ventures he has planned away from the law, which I know he will make a success of as well.”

Simpson commented: “I’ve had a great time in my 31 years with Irwin Mitchell but have reached a point where the time is right to consider other opportunities which have been offered to me and which will give me a chance to try my hand at something different.

“I’m very proud indeed of what we have achieved as a firm in my time here and the way we have grown Irwin Mitchell into the leading firm that it is today. It’s been a difficult decision to make and one which I’ve discussed with John Pickering and the Board for some time, but now is the right time to take up other opportunities.”

“I’m leaving with the company in a very strong position and with clear plans for further growth. I’ll stay in close touch with the firm and look forward to watching it continue its growth and development in the changing legal market.”