No excuses: Why all staff need AML training 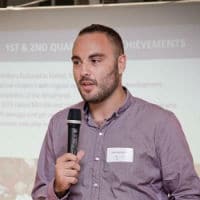 Western banks have been implicated in laundering billions of dollars from Russian criminals and oligarchs, a new investigation from The Guardian has shown. While the true figure could be as much as $80bn, commercial banks including HSBC, the Royal Bank of Scotland, Lloyds, Citibank and Bank of America have processed at least $800m from a vast Russian money-laundering operation.

It comes only weeks after Deutsche Bank was levied with a record $630m fine for failing to prevent over $10bn of Russian money laundering. The regulators gave a scathing report against the German bank, accusing them of a litany of compliance failures and lack of AML checks.

How did it work?

Leaked records show 70,000 banking transactions, 2,000 of which went through UK banks and another 400 through US banks, revealed a network of around 500 Moscow bankers and former KGB agents, all linked to family and associates of Russian President Vladimir Putin.

Money was moved out of Russia to accounts in Moldova and Latvia, and through a network of anonymously owned firms, most registered at Companies House in London.

One such company, Seabon, declared that its income was £1, despite being involved in transactions worth $9bn. HSBC routed half a billion dollars of Russian cash, mainly through its Hong Kong branch.

Dirty money was used to buy jewels from Bond Street, chandeliers from Chelsea, and even pay tuition fees at a boarding school in Somerset.

The Financial Conduct Authority states that banks must “consider the money-laundering risk presented by customers, taking into account country risk; the customer’s reputation and the source of their wealth and funds.” However, a number of failings on each account enabled massive Russian money laundering to occur.

Failure to conduct enhanced due diligence

Many of the transactions should have raised red flags and required enhanced due diligence before proceeding. Transactions originating in Russia and Moldova should be immediately treated with suspicion, and even Latvia could be cause for concern. Despite being an EU country, its proximity to Russia and involvement in previous money laundering schemes should raise a red flag.

In many of the cases exposed by the document leak, money disappeared into offshore shell firms, whose beneficial owners were unknown. Many owners of the firms turned out to be fake directors based in Ukraine, itself a money laundering hub.

Failure to establish source of wealth

The source of wealth and where the funds came from in the first place is a mystery. There’s a range of sources illicit funds funds come from raiding state and business assets, to the proceeds of crime from the drug trade and Russian mafia profits.

Some suspicious transactions could have been spotted and stopped with even a cursory glance. One transaction of $500,000 was written as ‘notebooks’ when actually it was used to buy furs. Bank directors are still undervaluing and understaffing compliance teams; viewing them as a hindrance instead of a key part in the process.

More robust training for all staff, not just compliance teams, is vital to counteracting the flow of illegal money from Russia. The UK Draft Money Laundering Regulations, based on the EU’s Fourth Directive, will remove various due diligence exemptions and promote a risk-based approach all round. While this may help, it doesn’t replace front-line staff having the knowledge to spot signs of money laundering. Along with access to regular refresher training, improving knowledge and understanding across the sector will go a long way to putting the global laundromat out of use.

Nick Henderson is the Director of Course Development at VinciWorks. Nick writes on various compliance topics for UK and international business, bringing extensive experience in policy and regulation for the public and private sectors. VinciWorks is a provider of the definitive AML training suite designed by the world’s leading law firms.