Next Legal team – Reaping the rewards of matter management 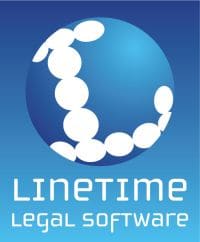 Next trades from more than 500 stores in the UK and Eire and around 200 stores in 40 countries overseas. Online, Next Directory serves customers in around 70 countries outside the UK.  The in- house legal team at Next looks after the interest of all of the companies within the Next group.

Prior to going live with Linetime’s Liberate software, the legal team was too reliant on printing and filing documents. The support team of secretaries and PA’s were being overwhelmed with admin and a change was needed.

It was felt that a more efficient and streamlined system would be beneficial not only to the team but also to the company. With an increase in workload and a real need to improve response times, an improvement in efficiency was not only desirable but necessary.

A project management team was put together by the Next legal team to specifically look into this and to find a new solution.

The project management team lead by Anil Raja, Next’s Assistant General Counsel, wasn’t necessarily looking for a matter management database solution, it was just looking for something that significantly improved efficiency without creating frightening new working practices because too much of a change in working practices would create its own inefficiencies and barriers to change.

The project management team set out a number of key benefits they wished to achieve through the use of technology without any regard to what was actually out there in the market place. They knew this was the right approach because the needs of a business and its legal team should dictate the technology rather than technology dictating how a business should operate.

The decision to use Linetime’s Liberate was in fairness an easy one because when compared with the other products available, Liberate was the most intuitive, flexible and straight forward system for the Next in-house legal team which could be implemented without an expensive and time consuming scoping or customisation process.

Although Liberate has many features which are ideal for private practice firms, the attraction to using Liberate was that it can be tailored to provide to a more simple solution ideal for in-house legal teams.

The project management team had considered and seen a number of other competing products before looking at Liberate and was discouraged by the complexity and rigidity of those other products. Liberate works seamlessly with Outlook and this was a key factor in choosing it.

The fact that users are able to log onto their computers the day after go-live and be met by a familiar user interface (i.e. Outlook) has far greater advantages than you can imagine. Users are far more likely to take to a new system that doesn’t look unfamiliar.

The Need for Greater Efficiency

Lawyers are trained to keep their files up to date with a record of all instructions received and advice given. This inevitably means that lawyers’ files are filled with printed emails and numerous other documents.

For lawyers who have been printing emails and having them physically filed over many years it may be difficult to think of another way of keeping files up to date.

However, the amount of time wasted in these tasks is alarming: physically creating a paper file; printing emails and documents; walking over to the printer; collecting the printing; obtaining the paper file; punching and filing printed documents; returning the paper file to the cabinet and of course looking for the occasional misfiled physical file. These are hugely inefficient tasks no matter who does them.

Saving time. With the new system in place, now, instead of the lengthy process of updating paper files with printed documents, fee earners simply drag and drop the email into the relevant file. Those emails (and attachments) are then instantly available to all other members of the legal team with access rights.

Costs savings. In addition to the wasted time, if you think about the costs of printing (toner costs, printer maintenance, paper, files) it is an easy decision to abandon this old way of working in favour of a modern paperless system – provided that you have a reliable alternative.

Improved team collaboration. The immediate time saving and the long term cost saving benefits of Liberate were the key benefits for the Next legal team.

In addition to these benefits, under the new system, multiple fee earners can view a case at the same time and if a fee earner is on holiday then there is no need to look for a physical file as everything is online.

Company Specific IT issues. The Next IT team wanted to ensure that email attachments were stripped out of the emails for the ease of storage onto a file server separate from the Outlook server.

This has also been achieved by a bespoke change which means that email attachments are stripped out of the email and stored in a separate location but still visible next to the email in which it was sent or received.

Remote Access. The Next legal team has also retained the ability to work off site. Members of the legal team can still work remotely as Liberate is compatible with remote access working.

Version Control. The document version control function is an integral tool for any legal team, this feature is particularly beneficial when two or more fee earners are working on the same file. This is a really useful feature of Liberate which shows the user which is the latest version of the document.

Commonly Used Data. Another useful feature of Liberate is the ability to store commonly referenced data which, once set up, allows commonly used data fields to be stored in one location and used in various documents by multiple users.  Examples include party names and contact details commonly used in correspondence and contract documents.

Linetime Support. We have received support and guidance throughout the whole process of implementing the new system.  Linetime’s flexibility and on-hand training and support have been outstanding.

Linetime spent time with members of the project management team helping it to put together a cost benefit analysis and helping to understand and document the efficiencies that the new system will provide.

The Linetime team continue to support the Next legal team post go-live with individuals from both organisations having developed great working relationships throughout the implementation and training stages.

The Linetime support team are always on hand to assist Next and have helped to ensure that the new system has been successfully implemented resulting in the Next legal team benefiting from the efficiencies that were the driving force behind the change.