New President appointed by the Association of Personal Injury Lawyers 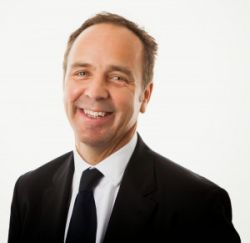 John Spencer, Director of Spencers Solicitors and new President of the Association of Personal Injury Lawyers

The Association of Personal Injury Lawyers (APIL) has named John Spencer, Director of Spencers Solicitors, as its new president.

Spencer first joined APIL as a member back in 1995. He was elected to become a member of its Executive Committee in 2011 and until taking the reins as president on 1 May 2014, he has served as vice-president since April last year.

His inauguration marks a new era for APIL and the personal injury sector on a whole, as the industry moves on from the ‘worst of reform agenda’.

This is the belief and hope of John Spencer himself, who also believes that being a member of APIL is about having a ‘100% commitment to injured people’.

His presidential speech was almost entirely focused on what the organisation can achieve for those who are injured.

His ambition to serve injured people is clear, and he promises to use his 30 years’ experience to help APIL in its mission to secure fair access to justice for them.

Below you can watch Spencer’s presidential speech in full, in which he tells the story of how he once forgot ‘what really mattered’, during his earlier years – when his focus was predominantly on growing his legal practice.

“Great speech by John Spencer. Injured people at the heart of all APIL does. Measured and authoritative. Lawyers for injured people.” – Nigel Tomkins, Treasurer for APIL

Today he stands proud of the ethical practice he’s helped to create in Spencers Solicitors, one which ‘puts the injured person at its centre’.

That attitude, ambition and general standpoint, is the ideal match for APIL – a not-for-profit organisation which has committed to the following in its agenda moving forward:

All in all, APIL and its new president have called for all legal practitioners to put justice before profits. As an experienced solicitor, Spencer makes strong case for it in that presidential speech.

John Hyde of the Law Gazette, recently published a piece that echoes the points made and bolsters the call for change:

“Make no mistake, the public perception of [personal injury lawyers] has never been lower. Joe Public is put off by crass advertising, convinced that lawyers are in it for themselves and is happy to trade in legal rights for lower insurance premiums.

“Everyone at the [APIL] conference this year should make it their mission to turn that perception around. They must badger their local MP and besiege local media with good news stories using, if they can, real life examples of the people they have helped.” – John Hyde, Law Gazette reporter

The official APIL press release for John’s appointment can be found here.