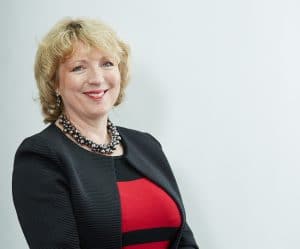 Lord Chancellor David Gauke has announced that the rate is to change from -0.75% to -0.25%, a lesser rise than had been anticipated by many, and a decision which means compensation payments will not fall as much as had been expected.

The percentage is used to adjust lump sum damages awards to personal injury victims, factoring in their future losses, costs and expenses, and the amount they can expect to earn by investing their settlements.

It previously stood as high as 2.5%, but was cut to 0.75% in February 2017, following detailed analysis of how investments could be expected to perform to achieve settlement outcomes intended by the involved parties, or courts, when finalising claims.

Insurers had campaigned for a more significant cut this time around, but the Lord Chancellor said he felt the -0.25% rate was ‘the most balanced and fair approach’, adding that it is ‘vital victims of life-changing injuries receive the correct compensation.’

The much debated rate will now not be reviewed again for five years, and Mrs Stevens says it brings much needed clarity to an industry which has been facing continued uncertainty in recent times.

“It has been a difficult time for lawyers representing seriously injured people given the period of uncertainty awaiting this decision of this review,” she said.

“Insurers have been reluctant to agree damages settlements in cases as they have had this decision point as pending in their diaries, mainly as many believed a decision would be made which would lead to them being able to settle cases with much lower damages.

“That uncertainty has led to barriers being placed in the way of justice, something we have been very uncomfortable with, and very apprehensive about ahead of the findings of this review.

“We now have a decision which has brought much needed clarity, and whilst settlements will be reduced from the current rate, they will not be reduced to a level which is unworkable. We agree with Mr Gauke that this is a very balanced change.

“This can now break down the barriers to justice that have been in place in recent times, which have caused delays in cases and left injured people in limbo.

“Ensuring seriously injured people have the right level of financial and medical support, in accordance with long-established legal principles to help them rebuild their lives, must always be put before pure commercial interests.

“Hudgells will always fight and campaign to protect the rights of injured people so that decisions such as this ensure they get the compensation they deserve.”

The Lord Chancellor has spent months considering the actual returns available to injured people through investing their lump sum damages settlements, the actual investments made by investors of relevant damages, allowances for tax, inflation and investment management costs, and wider economic factors.

“The insurance industry is already making a lot of noise about this being bad news for taxpayers, but put each and every one of those taxpayers in the shoes of a person who has suffered a life-changing injury and I suspect they would be in agreement with the Lord Chancellor,” added Mrs Stevens, who has long been a proponent of early payments in cases to ensure maximum rehabilitation benefits.

“Profits must not come before principles of proper legal redress. When they do there are multiple hidden costs to society when those with disability cannot access the help they need. That is unacceptable.”