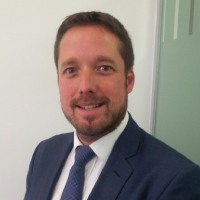 A ‘significant six-figure damages settlement’ is to be awarded to a man who suffered a life-changing brain injury when involved in an accident at a motorcycling ‘track day’ experience in Spain.

It follows representation by Hudgell Solicitors who took his case for compensation to the UK High Court, overcoming difficulties given the accident happened in Spain, liability was fiercely defended and complicating issues over a lack of insurance.

The case took more than three years to reach court, with Hudgell Solicitors bringing the case against the Motor Insurers’ Bureau (MIB), an insurance industry funded body which deals with claims involving uninsured or untraced drivers.

The man, who was aged 70 at the time, had been riding bikes for more than 50 years and had extensive experience of track days in both the UK and Europe.

He suffered a traumatic brain injury (TBI) and fractures to three ribs and his wrist in the accident, as well as significant psychological injuries.

He has since needed increased support from his family as he lacks strength and coordination, is very forgetful and becomes tired and frustrated quickly, resulting in a loss of temper.

He said a number of challenges had to be overcome to firstly gather evidence to take the matter to court, given stringent denials by other riders for causing the accident, and also to secure a favourable judgment.

“Cases like this are hugely difficult as of course, firstly, because the accident happened in Spain, Spanish laws apply. Thankfully we have extensive international legal contacts and we were able to instruct a Spanish lawyer to advise us on liability issues under Spanish law,” said Mr McClorry.

“There was also the principal issue of “fault” to determine, and what was crucial in the case was video evidence from our client’s own camera, which he had mounted on his bike’s handle bars.

“Using this evidence we instructed an experienced, professional motorbike expert, competitor and instructor to give his independent opinion on the riding and cause of the accident.

“The video footage showed our client being overtaken very close to a sharp corner on the track, resulting in the other rider cutting across him, then suddenly breaking sharply, causing our client to crash into him.

“We alleged it was dangerous and negligent riding on the other rider’s part given the corner was so close. The judge agreed with us, although she did attribute 25% of the blame to our client. It is a good and fair result for our client in circumstances where the MIB contested each and every aspect of the claim and fiercely contested liability.”

Although the final settlement is likely to be more than 12 months from being agreed, Mr McClorry says he will now seek interim payments for the client and family to help with care costs and home adaptations.

“This judgment will result in a very significant settlement for my client, but that now has to be agreed between parties, or decided upon by the judge,” added Mr McClorry.

“This has obviously made life challenging for our client and his wife, as he needs a lot of care and support. To do this they moved some 30 miles from their home to live by their daughter and wider family, who now help them out.

“They are also in the process of having adaptations made to their home, including a walk-in shower and wet room, which hopefully we can now look to secure funding towards.

“The judgment will also pave the way to put in place a comprehensive private care regime, which will be beneficial to our client and his wife, as the impact of the accident on her husband, and their lives, has been significant too.”

Speaking following the court judgment, the man’s daughter said: “Dad’s full and very active life as a husband, father and grandfather was dramatically changed forever as a result of this accident. This has impacted our family on a number of levels and has been incredibly upsetting and challenging.

“Paul McClorry and the team at Hudgell Solicitors have supported us in a highly-professional and sensitive way throughout, putting Dad’s well-being at the forefront at all times. We’re grateful to them for their help and sensitivity during what has been an extremely stressful four years.”