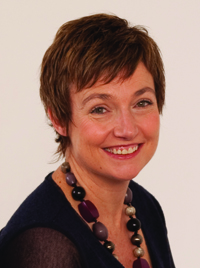 Moneypenny’s ever-growing number of legal firm clients were the main drivers behind the company’s thinking when planning a full 24/7 service from the other side of the world. Now Moneypenny enables these clients to provide emergency, customer-focussed telephone capability whatever time of the day or night and at a sensible cost. It was a relatively straight-forward decision in the end – wide awake experienced staff in a fabulous daytime location providing a first rate service to an ever-growing number of UK clients needing their phone calls answered in the middle of the night,

It was the simple two-fold recognition by brother and sister team Ed Reeves and Rachel Clacher, Directors and Founders of Moneypenny, the telephone answering service endorsed by The Law Society, that working at night was never going to provide clients with the high levels of customer service they expected while at the same time being unprepared to risk potential health and lifestyle problems associated with staff working shifts.

A sabbatical year in Australia in 2010 gave Rachel the idea to open a brand new office, which at the flick of a switch from 8pm to 8am UK time, and yet still in daylight local time, would handle all the ‘out of hours’ calls required by the ever growing number of UK businesses looking for this service.

“The demand for a 24 hour service had been growing for a while, particularly among our larger clients, and we had resisted as we were concerned about the effect it would have on the quality of the service,” says Rachel. “Our clients build up a relationship of trust with one PA or receptionist and no-one can work around the clock.

“We had looked at hiring staff to work overnight but we weren’t confident service levels could be maintained so would have never taken that risk. I had managed to work out in Australia pretty seamlessly so we decided to look at neighbouring New Zealand as a possible base as it made more financial sense.”

“A crucial factor in our decision making was the effect growing the business to become 24 hour could have on existing staff. We asked everybody at Moneypenny whether they wanted to work overnight or work in New Zealand?” adds Rachel. “Only four people out of more than 250 said they would be interested in night shifts while 40 said that they’d be happy working in New Zealand!”

“We had seen and heard of some of the research out there; including guidance from the Health and Safety Executive, showing the detrimental effects night working can have on health including disturbances of sleep rhythm, fatigue with the associated risk of accidents and poor performance, possibilities of digestive problems, heart attacks, strokes and even reportedly some cancers later on. Not to mention the social isolation. We just weren’t prepared to go down that route.”

Rachel chose the Auckland suburb of Takapuna for the new office, which opened in October 2012, as it offered the connectivity needed for the business itself, good local accommodation to rent for staff, all the amenities of a vibrant city but with a beach on the doorstep!

“Setting up the business was relatively straightforward,” continues Rachel. “We were very lucky to find a fantastic person in Auckland to act as our contact out there and she was amazing at sorting things out for us. We also felt it was important to employ local staff to inject a level of consistency so we have two New Zealanders working alongside our UK staff, all of whom expressed an interest in our rolling secondment scheme, whereby teams rotate out there every six months. Flexible working of four days on, four days off was introduced so staff really have the opportunity to explore their new surroundings.

“By working on the other side of the world we’re now able to offer a truly 24 hour first-rate service, with bright, chirpy and wide-awake people, which in turn has grown our client base. In the past we’ve had to say, ‘I’m sorry but we can’t do that’ – but now we can. It has been an important business decision for us.”

Jess Edwards is having the time of her life as one of the first group of PAs to go New Zealand. She said: “It is an absolutely fantastic opportunity and I am getting to see places I probably never would have the chance to see otherwise. The lifestyle here is amazing and the local people have welcomed us with open arms. We work four days on and four days off so there are lots of opportunities to explore. It’s very different to the working week I am used to in the UK but this was deliberately planned so we can make the most of being here. I have visited Australia and both the north and south islands and generally thrown myself into the experience.

“Feedback from our clients, who are all UK based, has been great as they know their out of hours calls are being handled by wide-awake, cheerful people and they in turn are hearing positive things from the people they work with.

“I have been very fortunate to be part of the first team here and I know there is an ever-growing number of colleagues back home who are really keen to follow!”        Ed and Rachel have made many big decisions along the way in the 13 years since they had just £15,000 between them and the outline of an idea to launch a company. “Ed and I had our own small businesses”, says Rachel. “I ran a marketing consultancy and Ed had a graphics firm designing flags and banners for sports events. He needed someone to look after his telephone calls while he was out and about.” After a lengthy search, the pair found a company that would take their calls. “Ed would just divert his call to a number where people would answer in his company’s name, take a message and email it to him. All was well until Ed went on holiday and a major client was unable to fax through an order as the fax machine had run out of paper. On phoning, the client was told by the person taking the call, ‘I’m just an answering service’ and that was that, the client was lost.”

Ed and Rachel immediately knew they could do better. Why couldn’t there be a telephone answering service staffed by people you knew and trusted? To this day people are at the heart of everything Moneypenny does, born out by a third accreditation in 2013 in the ‘100 Best Companies To Work For’ listings.

Today Moneypenny employs more than 280 people, answering over 8 million calls a year for around 6,000 clients from sole traders to multi-national corporations.

“Making the move to New Zealand has made a big difference to our business,” concludes Rachel. “Our first team has just returned to our UK base in Wrexham after a successful time over there and the list of volunteers to temporarily re-locate is growing all the time! Who knows where it will take us.”