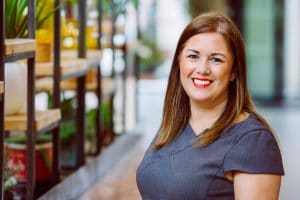 Moneypenny is encouraging front-of-house professionals within legal  firms to enter an award which recognises their services.

The Corporate Receptionist of the Year (CROTY) Award is back for its second year, and Moneypenny is sponsoring and joining the judging panel.

The award recognises and celebrates outstanding receptionists from across the corporate sector. After the success of its first year, the awards event will be returning for 2020, on the 13th May – coinciding with International Receptionists’ Day.

Claire Smith, Head of Business Development at Moneypenny, said: “The role of a receptionist has evolved significantly over the years and is now so much more complex than simply meeting and greeting and answering the phone. Front-of-house staff are fundamental to the successful day-to-day running of a firm and as an employer of hundreds of our own Moneypenny receptionists, we understand this more than most.

“A front-of-house receptionist tends to be the first encounter a visitor has with a firm and, in a world where such value is placed on client care, the power of this initial impression should never be underestimated. It’s wonderful to partner with an award that shines a light on these often unsung heroes.”

Kitija Lace, receptionist at Bank of America Merrill Lynch and winner of the first CROTY Award, said: Winning the inaugural Corporate Receptionist of the Year was good enough for me – a massive honour. But, the trip to New York was something else.

“It was great to see how by believing in the same values and having the same goal – no matter where in the world you are – it’s possible to create unforgettable experiences for our guests. I truly can say that winning CROTY has changed a lot of things and has given me so many new opportunities and some incredible memories.”

The judging team are drawn from a range of leading outsourcing organisations, also includes Admiral Recruitment, Condeco, Vpod, and Greenfisher.

The shortlisted finalists will be decided on the 28th March, with the winner of the award announced at the event on Wednesday 13th May. The prize is an incredible trip to New York.

The award is open to any professional front of house receptionist who is working in a recognised corporate office.

To find out more about the competition and how to enter, head to: www.CROTY.co.uk and download the application form.  The deadline for entries is Friday 28th February.