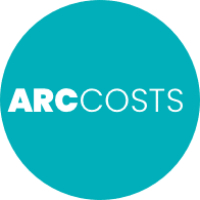 ARC Costs recently assisted Solicitors representing several Claimants in a costs case in relation to a housing disrepair matter, to achieve a significant recovery of the Claimants costs amidst numerous serious allegations raised by the Paying Party Defendant, and to have the Defendant’s own Bill of Costs reduced by more than 85%.

Background circumstances of the proceedings

The Claimants had been overall the successful party to the main proceedings, with the four Claimants recovering damages totalling £19,473 plus their costs (which had been subject to costs budgeting). A sizeable interim payment had been ordered on account in favour of the Claimants for their costs, but the Defendant was unwilling to pay the same despite being in contempt of Court.

The Defendant had also been successful in recovering some damages by way of a counterclaim, but no costs order was made for detailed assessment.

When it came to quantifying the costs, it came to light that 3 of the 4 Claimants had unenforceable retainers, and questions therefore arose as to how budgeting should be applied given a proportion of the costs would fall away for these Claimants. The Bill of Costs itself was only prepared in respect of the First Claimant, for whom it was stated that the majority of costs related, with any generic costs claimed in full, and any specific costs of the other Claimants being excluded from the Bill. The First Claimant’s Bill of Costs ultimately totalled £58,033.85.

Another quirk to the detailed assessment proceedings was that the Defendant sought their own costs of the claim. The Defendant was entitled to claim their costs of two interim application costs orders however, when the Bill of Costs was served with a Notice of Commencement, it included the full costs up to and including the final Trial and was calculated in a sum of close to £29,232.51. ARC Costs had prepared Points of Dispute stipulating that it was in fact the Defendant’s Bill that was defective, and that they had claimed a significant level of costs outside of the scope of the costs orders in their favour.

At the detailed assessment hearing that took place over two days, the following issues were addressed:

The Court did not entertain the Defendant’s submissions on generic costs and stipulated that pursuant to the decision made in Haynes, that generic costs could be recovered in full if it was demonstrated that such costs would have been incurred irrespective of the number of parties involved (Haynes itself deals with generic costs and recoverability against multiple Defendants, but it was utilised here in respect of multiple Claimants).

It was noted that the claim had been issued on the basis of the First Claimant’s claim only, and the other Claimants had been added to proceedings later on for minor additional claims. The majority of the work therefore related to the First Claimant, and it was considered no apportionment needed to be factored in for the incurred costs. In respect of anticipated costs which had been approved by the Costs Budget, a 10% reduction would be applied to reflect the minor element of the proceedings which related to the other Claimants.

This was considered grossly excessive and to have claimed costs significantly outside the scope of what was permitted by the interim application costs orders.

The parties ultimately reached agreement on the level of profit costs to be recovered however, the Defendant continued to seek recovery of two further key items which were successfully challenged:

1)     A significant disbursement of in excess of £7,000 for legal services provided by a friend of the Defendant (who was not legally qualified) – the Defendant at the time had been a Litigant in Person and was therefore asked to clarify on assessment under what category this expense fell which would be recoverable. It was confirmed that the assistance provided was not by a legal representative (otherwise they would have been committing a criminal act by conducting litigation as an unqualified individual), and therefore the item was claimed as a disbursement. The expense did not however, fall under any of the recoverable heads of costs for a disbursement for a Litigant in Person, and therefore the entire fee was disallowed.

Outcome of the assessment proceedings

The Master made a final costs order in respect of the First Claimant’s Bill of Costs for £47,278.182 (as against a Bill total claimed of £58,033.85, an 81% recovery), plus interest (which given the Defendant had still failed to pay the interim costs order, or make any payments on account, was in excess of £5,000).

When it came to the costs of detailed assessment, a number of unusual factors came into play:

–         The Defendant had removed the matter from the provisional assessment scheme, and therefore the usual capped costs limit of £1,500 + VAT + Court fee did not apply. Given the significant extra costs the First Claimant had been put to, the detailed assessment costs were claimed in excess of £25,000 (detailed assessment proceedings having taken place over 2 years);

–         The First Claimant sought their costs of dealing with the Defendant’s grossly exaggerated Bill, given that it had been reduced by more than 85%.

This resulted in the Defendant having to pay a total amount which was significantly in excess of what had been claimed in the original Bill of Costs, and their conduct was found to have been extremely poor throughout such that a finding was recorded in the final Order that: “the court applying a sanction to the Defendant pursuant to rule 44.11 CPR by disallowing the costs of drawing the Defendant’s Bill of Costs”.

How can ARC Costs assist you in detailed assessment?

As independent costs experts, ARC Costs can assist both Paying and Receiving Parties in settling the disputed costs of any detailed assessment proceedings, and to seek to avoid misinterpretation of any orders for costs made.

Our Law Costs Draftsmen and qualified Costs Lawyers can assist in an array of costs documentation and negotiation, including preparation of your Costs Budgets and Bills of Costs, to settling Points of Dispute or Reply, or undertaking advocacy at any costs hearing.

If you have a legal costs query, we can be contacted via email at info@arccosts.co.uk, or by telephone on 01204 397302. For more information on legal costs, please find out more about our speciality areas of expertise and our services on our legal costs page.