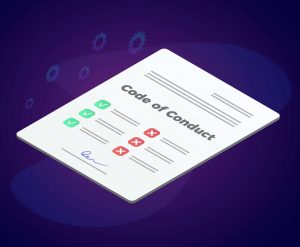 CILEx Regulation [1] explores a recent case involving two allegations of professional misconduct in breach of Principle 2 of the CILEx Code of Conduct. The case serves as a reminder that the requirement to maintain high standards extends beyond professional settings and can apply to conduct in your personal life.

One of the key professional principles, enshrined in Principle 2 of the CILEx Code of Conduct [2], is the requirement to maintain high standards of professional and personal conduct and justify public trust in you, your profession, and the provision of legal services.

This requirement to maintain high standards is not limited to your professional life only; it can extend to conduct in your personal life, where you behave in a way that could undermine or affect adversely the confidence and trust placed in you and your profession by your client, your employer, professional colleagues, the public and others.

In one recent case determined by CILEx Regulation, a Chartered Legal Executive admitted to two allegations of professional misconduct, each comprising a breach of Principle 2 of the Code.

At the time of the events, the Legal Executive was not working in a law firm and was between jobs. He was operating in a personal capacity as a personal favour for the third party and signed the letter using his name, followed by the designatory letters “FCILEx” to denote his status as a CILEx Fellow.

As an additional favour for the third party, the Legal Executive hand delivered the signed letter in a court envelope to the third party’s neighbour, who was an ordinary member of the public. The signature on the letter, together with the manner of its delivery, misled the recipient as to its origin and authorship.

It’s worth noting here that integrity is wider than honesty; it is the higher standards which society expects from professional persons and which professions expect from their own members. Lawyers are especially required to be more scrupulous about accuracy in their daily discourse, in terms of what they say and do, compared to ordinary members of the public. A lack of integrity does not require the same subjective element of conscious wrongdoing as dishonesty does.

A qualified legal professional, such as a Chartered Legal Executive, would be expected to check exactly what they were being asked to sign and hand deliver to a member of the public.  The Legal Executive’s actions amounted to a reckless disregard for accuracy and the high standards expected of him. However, it went further than this. He had used his professional qualification – his CILEx credentials – to endorse a document without giving thought to its contents, CILEx’s reputation, or potential effect on the recipient, which was to alarm and mislead him.

The Legal Executive’s conduct, although carried out in his personal life, impacted on CILEx’s reputation. His reckless use of the CILEx designatory letters had the potential to adversely affect the confidence and trust placed in CILEx and its qualifications, which so many CILEx members rely on.

The Legal Executive was ultimately reprimanded by CILEx Regulation for his breaches of the Code and warned as to his future conduct. He was also required to complete a training course in ethics, professionalism and judgment and provide CILEx Regulation with evidence of his reflections, to help him better understand the conduct expected of him and avoid similar breaches in future.

The case serves as a reminder to all of how easily activities carried out as a private person can encroach on your professional life; the boundary is very slim.  You should always have at the forefront of your mind the Principles set by the CILEx Code of Conduct when carrying out activities in your personal life by virtue of your professional status, or activities that otherwise have the potential to impact on your reputation as a legal service provider or the reputation of the profession.