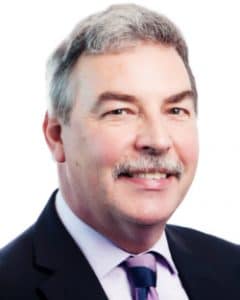 This article could’ve been headed ‘The implications of the Barton v Wright Hassall case for LEI’ – and that case is certainly my inspiration. However, the subject has a broader reach than that individual case thanks to the Government’s proposed increase in the Small Claims Court threshold from £1000 to £2000 for personal injury claims and to £5000 for RTA claims. My knowledge of the case is limited to what’s been put into the public domain – namely the Supreme Court Judgment. That means I don’t know whether Mr Barton had the benefit of any LEI insurance regarding his disputes with two firms of solicitors.

Confining a swathe of low value claims to the Small Claims Court, where solicitors’ costs will not be recoverable, will make the matter of being a litigant-in-person and the cover provided by LEI for that situation very relevant. Mr Barton was a litigant-in-person by choice – indeed the respondents in the case mentioned had previously represented him (as is made clear in the judgment, for those thinking I’m breaking Data Protection rules). So becoming a litigant-in-person was voluntary and not the result of any legal or procedural rule. It’s also relevant to comment that Mr Barton wasn’t unfamiliar with the legal arena having engaged the services of Wright Hassall to assist him resolve a dispute with his former solicitors.

The judgment was significant for a number of reasons. Firstly, it was an appeal to the Supreme Court. Secondly, the decision was split 3-2. Finally, a key point under consideration was whether a litigant in person should be afforded more leeway in terms of application of the Civil Procedure Rules (CPR) than a legally-represented claimant, specifically with regard to service of proceedings by e-mail. The arguments for and against are best considered by reference to the judgment itself: http://www.bailii.org/uk/cases/UKSC/2018/12.html  but it’s fair to say this is an area of law that appears set to develop as the reforms take effect.

There’s also been a move in the Business and Property Courts in London to require issue and filing of proceedings to be carried out online, as the first stage. This will eventually become the mandatory method for all civil proceedings. Lord Briggs, representing the minority view, questioned how long constraints on service by e-mail will continue to serve a useful purpose. Revision would be a matter for the Civil Procedure Rule Committee, but in general, it’s a trend that is moving inexorably towards electronic communication becoming more the norm.

Another ingredient in the mix here is criticism of the Government’s decision to increase the Small Claims Track threshold, coming from the Justice Select Committee in May this year. The chair of that committee, Bob Neill MP, said that the committee shared ‘strong concerns’ that increasing the limits will impede access to justice. Their concerns included the financial and procedural barriers unrepresented claimants could face. Opening up access to the online Portal for litigants in person is barely going to allay Bob Neill’s concerns. Clear and concise guidance from the Ministry of Justice will be needed for this to work.

How all of this will affect the legal industry is the subject of much ongoing debate. The reform timetable itself remains uncertain, so it’s also difficult for the industry to know what adjustments will be appropriate and when to make them. Change is coming without doubt, but for the potential claimant, who through no choice of their own may be left to represent themselves, how best to face that prospect remains unclear.

Legal expenses insurers have a major part to play in setting out how they could help their policyholders needing to pursue a Small Claims Track claim, post-reform. This is a good time to review the provisions of legal expense policies to ensure they’re fit for purpose in this changing legal landscape.