Legal forms: past, present and future 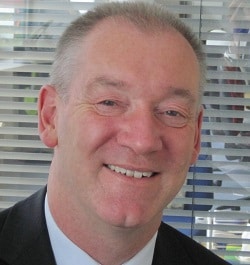 21 years ago OyezForms took the decision to move its legal forms business from paper to software format. Nick Hodges, Managing Director of Oyez Professional Services, reviews the highlights of the past 21 years and takes a view towards the future.

In its first 100 years, Oyez, originally known as The Solicitor’s Law Stationery Society and founded in 1888 by a group of solicitors, grew to become the largest UK legal supplier. Along with vast quantities of stationery it was also supplying millions of paper legal forms.

Oyez Services Limited, a company separate from the stationery business, was responsible for form editorial and publishing activities. It provided forms to many legal stationers including Oyez Stationery.

In the early 1990s account managers still manually checked stocks of forms for law firm clients, advising which forms were out-of-date and replacing them. Emerging technologies made it obvious that a more efficient way of managing the supply of legal forms could be developed.

The Arrival of Electronic Forms: 1996

Following the decision to purchase a system from a company called Kedge Software who had developed an excellent Windows-based forms system, Oyez Forms Version 1 was launched in 1996. This award winning package seems basic now but at the time it was considered innovative and a huge leap in efficiency for forms users.

The advantages of straightforward updates and instant accessibility meant the package was being used by 3000 + firms by the end of the decade.

Active Library allows the entire Oyez library of 2500+ forms to be automatically synchronised with the correct version via the internet. This vital aspect of risk management ensures that every user, at every location, is using the correct document.

Stephen Martin, Oyez Technical Director, sees the online updating of forms in real time as one of the most significant changes that has been made to OyezForms.

Another key development was Flexible Forms. This feature has saved users hours of time by allowing forms to be expanded and formatted as required. This took weeks of intense development to achieve and it remains unparalleled in the UK forms market.

Recognising that some legal forms were very laborious to complete led to the development of Data Workflow systems. Key forms were chosen for enhancement, including the FormE, IHT-400, CoP Forms and the LPA Combined. The inclusion of macros and dataflow routines dramatically reduced completion time.

Integration with Case Management providers has also proved to be of huge benefit to clients and almost all UK case management software is fully integrated with OyezForms.

Oyez’s commitment to on-going development has allowed the firm to become the defacto standard for law firms wanting a reliable, integrated forms solution. In fact, the firm now serves more than 80 of the top 200 UK legal practices.

The Future: A Digital Cloud

Whilst the development of the current forms package continues, Oyez believes that it is also crucial to invest in tomorrow’s technologies. The Oyez Gateway, a cloud-hosted digital submission portal, offers an efficient solution that eliminates the requirement for integration with multiple agencies. It will also provide a single log-in, a risk management process, easier staff adaptation, full audit trails and easy work sharing.

The Gateway’s Companies House (MR01) module is now completed with eSDLT and Land Registry modules currently being prepared for release later in 2017.

Eventually, The Oyez Gateway will allow all forms to be accessible from the cloud. Stephen Martin sees the future as paperless and believes that the issues surrounding cyber security place even greater emphasis on security and data confidentiality.

Paul Clyde, Oyez Sales Director, adds that the future will demand remote access capability. People now work from various locations and he believes that forms will move online to the cloud rather than being a local solution. He also predicts that access to other applications, such as digital dictation, will move to a single platform.

The last word on the subject goes to Strategic Development Director, Mike Boynes, who sees the future as mobile. Spending a significant proportion of his time meeting with key managers at top practices, Mike reports that these firms are already introducing mobile solutions and demanding forms on a mobile device.

Whatever the future brings, Oyez will continue to focus on the development of well-defined, relevant technologies to ensure clients have the solutions they need.